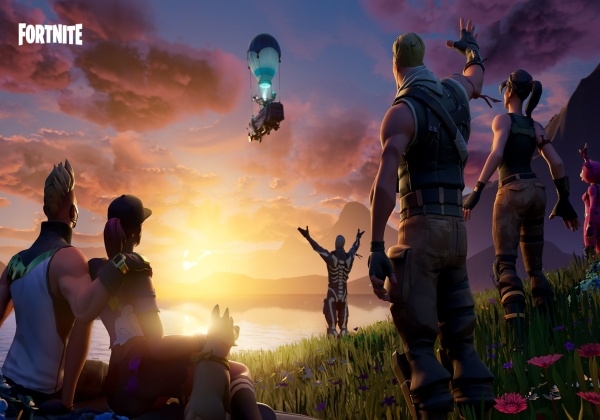 “Fortnite: Chapter 2” marks the return of the game after the black hole that lasted for 40 hours. Going offline for almost two days also signified the end of season 10, and now it is making its comeback and introducing chapter 2.

Epic Games also published the “Fortnite: Chapter 2” update just a day ago, and as it was revealed, many changes have been noted. In particular, an entirely new map was introduced, and this means that the game is coming with a whole new island where the actions will take place.

The features and all the new changes in chapter 2

As per The Verge, the new island has lots of mountains, lakes, and forests. It appears to be wilder than the previous one, and the city is not that many as well. The battle royale island truly transformed into something different in “Fortnite: Chapter 2.”

If there is one thing that remained the same and would remind players about the previous version, it is the presence of the flying battle bus, which is still around to transport players to the battleground. What’s more, other changes to see in “Fortnite: Chapter 2” are new weapons, gameplay features, new vehicles such as boats, and even pogo sticks.

“Fortnite: Chapter 2” will come with a multiplayer option featuring emotes that allow players to organize dances with other players. The new weapons are available here, and everyone can choose from a range of arms like a semi-automatic pistol or the bigger ones, such as the rocket launcher.

Gamers should be ready to navigate all the 13 new regions in “Fortnite: Chapter 2.” Then again, it should be noted that until a player visits an area, the spot will remain grayed out.

What players can do in the bodies of water?

CNet noted that the “Fortnite: Chapter 2” has rivers and lakes. There are boats in them, and the gamers can use them to travel around the island. Players can also swim and catch fish through fishing activities. For fishes caught, having them can boost the health of the player and protect their bonuses too.

It was reported that “Fortnite: Chapter 2” is now downloadable but in China only as of this time. The release date has yet to be confirmed.