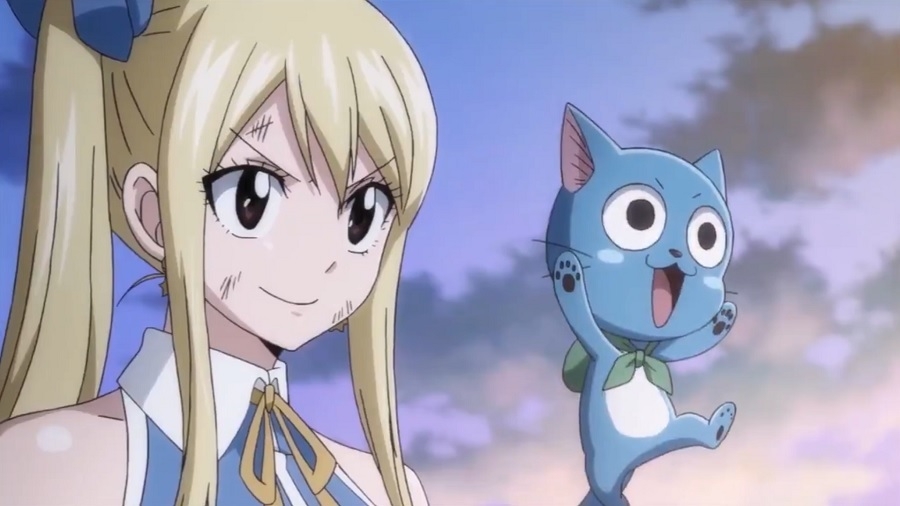 “Fairy Tail” 2018 episode 2 is an important installment of the final season. It is going to show viewers that the efforts to rebuild the Fairy Tail guild is in full swing. Unfortunately, it also means Wendy has to leave the Lamia Scale.

The preview for “Fairy Tail” 2018 episode 2 reveals that it will highlight the attack on Margaret town perpetrated by the Orochi’s Fin. However, the title “Because I Love You” hints that another important part of the upcoming episode has something to do with Wendy leaving Chelia.

When the Fairy Tail guild was disbanded, Wendy found a home in Lamia Scale and started a great friendship with partner Chelia. Together, they are known as the Sky Sisters. As shown in the “Fairy Tail” 2018 episode 2 trailer, Wendy and Chelia are at the forefront of the battle against Bluenote Stinger’s attack of Margaret.

Fans can also catch a glimpse of Orochi Head in the “Fairy Tail” 2018 episode 2 preview. Defeating him will be the main goal of the Sky Sisters. However, before facing the monster tamer, Wendy and Chelia need to fight two other opponents first, who are described as “powerful foes” in the preview.

This is where the “Fairy Tail” 2018 episode 2 preview ends. But there is no reason to worry about Wendy and Chelia. In the chapter of the same title in the manga series, the people of Margaret will be saved, especially after the arrival of Natsu.

Since everyone believes that the Fairy Tail guild has been disbanded, Orochi’s Fin will not be prepared for them. Viewers can expect the element of surprise to work in saving Margaret from the assault of Orochi’s Fin in “Fairy Tail” 2018 episode 2.

However, Natsu did not come to Margaret to fight Orochi’s Fin, and Chelia will immediately understand that. The latter part of the preview for “Fairy Tail” 2018 episode 2 shows a conversation between Wendy and Chelia, and the illustrations resemble the ones seen in the manga.

This is where Chelia will most likely talk to Wendy about her “love” for Natsu. In the manga, Wendy insists that she loves Natsu like a brother. But Chelia responds that that is still love and that she knows Wendy wants to join Natsu’s guild again. The two will remain good friends despite being part of different guilds. This scene sums up “Fairy Tail” 2018 episode 2’s title.

According to reports, Crunchyroll lets fans in other regions stream the latest episode with subtitles about an hour after its original release in Japan. With that, expect “Fairy Tail” 2018 episode 2 to become available on the streaming platform on Saturday, Oct. 13, at around 6:30 p.m. ET.