How to prosecute Islamic State fighters for war crimes 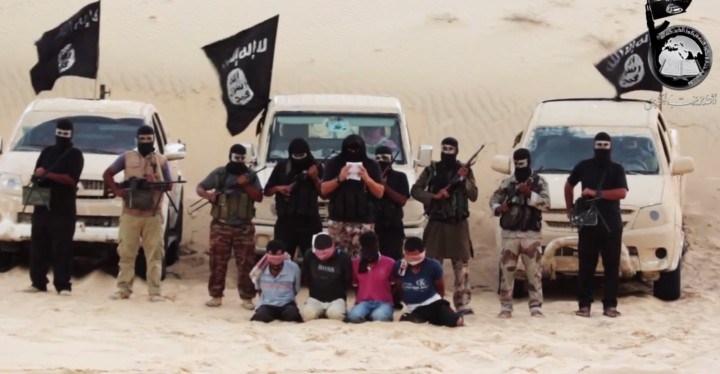 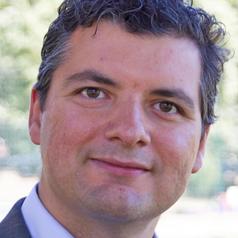 For several years now, the world has watched in shocked disgust as Islamic State militants have proudly carried out hideous crimes against innocent victims with seeming impunity. On March 15, the US House of Representatives voted unanimously that the crimes of this group on religious minorities in Iraq and Syria constitute genocide.

In some cases, the perpetrators have been targeted and killed by drone strikes or other military action. But these killings, in the absence of due process, do not strengthen justice in the long term. This approach, which favours “an eye for an eye” will never be as satisfactory as detaining the perpetrators of these crimes and making them answer for their crimes in open court.

However, this is more complicated than you might think. In reports documenting the crimes committed by IS militants in Iraq and Syria, the recommendation is often made that these countries should join the International Criminal Court (ICC). This was recently reiterated in a resolution on the systematic mass murder of religious minorities by IS, adopted by the European Parliament in February 2016, which urged Syria and Iraq “to accept the jurisdiction of the International Criminal Court”.

That would give the ICC direct jurisdiction over crimes committed on Iraqi or Syrian territory – but neither the Iraqi government nor the Assad regime are likely to voluntarily join the court. So with that direct option off the table, how can IS fighters be prosecuted?

The court potentially could acquire jurisdiction over crimes committed on Iraqi or Syrian territory through a UN Security Council referral under Article 13(a) of the Rome Statute of the ICC. This provides that the court may exercise its jurisdiction if “[a] situation … is referred to the Prosecutor by the Security Council acting under Chapter VII of the Charter of the United Nations".

Limits of the ICC

Under Article 13(c) of the Rome Statute, the ICC could also acquire jurisdiction to try cases where the prosecutor initiates a investigation proprio motu – almost literally: on their own authority. This avenue was explored by the current ICC prosecutor, Fatou Bensouda, but she concluded that “the jurisdictional basis for opening a preliminary examination into this situation is too narrow at this stage” – again, because the court does not have territorial jurisdiction as long as neither Iraq nor Syria are parties to the Rome Statute.

The court could also exercise jurisdiction over foreign IS fighters who are nationals of states that are party to the Rome Statute (among them, Belgian, British, Dutch, French and German nationals). This jurisdiction would be subject to the principle of complementarity, that is, the ICC would only acquire jurisdiction if the state of nationality were unwilling or unable to prosecute the fighters itself.

But Bensouda considered that the prosecution of foreign fighters would only have limited impact because IS was “a military and political organisation primarily led by nationals of Iraq and Syria” – and that prosecuting only non-Iraqi and non-Syrian fighters would therefore not target the IS leadership, who bear the greatest responsibility.

There is, however, another reason to call for caution with respect to the possible involvement of the ICC. Since its inception, there has been a tendency to expect the court to serve as a panacea for all the ills of the world. Its 14-year track record, which has included only two convictions, has shown it is nothing of the sort.

Dealing with alleged atrocities committed by IS will probably require a much more sophisticated and multi-layered approach to accountability than the ICC alone can offer, combining the exercise of domestic justice and various transitional justice mechanisms.

A central component of this strategy should be domestic prosecutions of those suspected of having committed violations of international criminal law in Iraq or Syria. On December 14 2015, it was reported that a Goteborg District Court in Sweden convicted two men of terror crimes in connection with killings in Syria in 2013. They were given life sentences. A few days later, two Iraqi migrants were detained in Finland, on suspicions that they had been involved in a massacre in Tikrit, Iraq, in June 2014.

Usually, one of the main challenges for such domestic prosecutions is gathering evidence of crimes committed several thousand miles away. Both the Swedish and Finnish cases had the benefit of videos of the crimes in question that had been distributed by IS. But gathering any additional evidence could prove difficult for local prosecutors, who have no direct access to the jurisdictions where the crimes were committed and who stand little chance of locating and contacting witnesses who are still there.

To overcome some of these procedural challenges, some observers, including Carla Del Ponte, the former chief prosecutor of the International Criminal Tribunal for former Yugoslavia (ICTY), have mooted the idea of an international or internationalised tribunal to prosecute the crimes committed in Iraq and Syria. But whatever mechanism is ultimately set up to deal with the cases of thousands of IS fighters from all over the world, it will have to include, not only a political and diplomatic component, but also a legal one, to ensure that justice for the victims of these heinous crimes is served.

Aldo Zammit Borda does not work for, consult, own shares in or receive funding from any company or organization that would benefit from this article, and has disclosed no relevant affiliations beyond the academic appointment above.