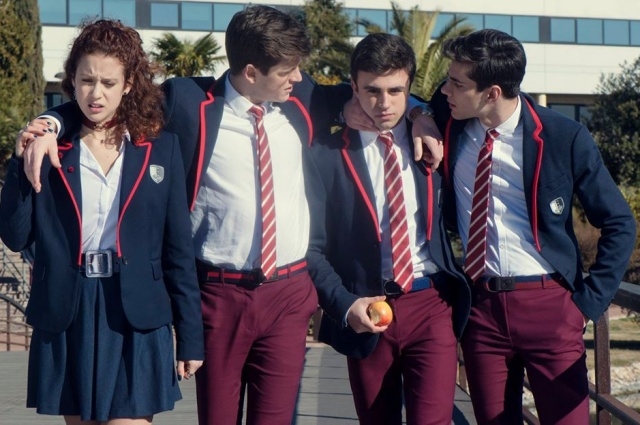 “Elite” season 3 has grown to be one of the favorites on Netflix’s programming lineup. The teen drama is being talked about for its plot, and even if it is a foreign language series, viewers around the world still watch it for its quality and great storylines.

It only arrived on Netflix starting with season 2, but because the streaming provider has millions of subscribers, “Elite” immediately became a sensation. Now fans are clamoring for the third season, and they want it to arrive very soon.

“Elite” season 3 was renewed in October, but it was amazing because it was revealed that filming had been completed already. The previous season was released in September, so it means that at that time, the cast and crew were already filming for the next even before the new episodes were dropped.

Actress Ester Expósito who plays Carla in “Elite” season 3, beat Netflix from making the announcement for their show’s renewal. She also revealed at that time that they already wrapped up filming.

“Elite” season 3 will return with the students at Las Encinas still reeling from the death of Marina, their schoolmate. She was murdered and what makes it even more shocking is the fact that fellow schoolmate, Polo, was proven to be the culprit.

But while Polo was already convicted for the crime, it is a mystery as to why he was able to regain his freedom just after two weeks in jail. Samuel (Itzan Escamilla) and Guzmán (Miguel Bernardeau) will make sure that Polo will pay for his crime so they will work to put him in jail again.

Nano, who was initially accused of the killing, was absolved, but then, his life is never the same again. This is why in “Elite” season 3, he will be moving out of their village and live somewhere else.

Meanwhile, “Elite” season 3 will be returning before summer in 2020, probably in March.