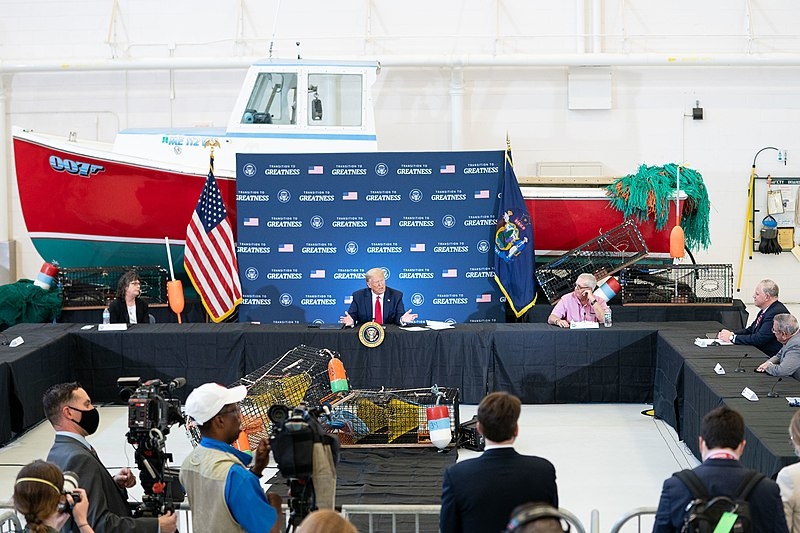 President Donald Trump is keen on bringing the country back to how it was before the pandemic hit earlier this year. This also means holding campaign rallies again, and the Trump campaign has issued a waiver on its attendees that the campaign will not be held responsible in the event of possible coronavirus exposure.

The New York Times reports that Trump will be holding his first campaign rally in months since the pandemic next week on the 19th of June at Tulsa, Oklahoma, despite concerns and advice from public health officials to avoid mass gatherings or crowded places. A statement on the president’s campaign website says that those who will be attending the event are agreeing not to sue Trump, his campaign, or the venue in case of exposure to the coronavirus.

Oklahoma is the first stop in the four states where the next three rallies will be held. It comes off as an irony as Tulsa was a site of a massacre of African-Americans back in 1921. The date itself, June 19th is also known as Juneteenth, a prominent holiday for African-Americans, marking the end of slavery in the United States. This also comes at a time when the ongoing protests are demanding an end to systemic racism and racial discrimination that has gone on for decades. The protests were ignited by the death of George Floyd, a black man who died at the hands of white police officer Derek Chauvin.

The president’s administration was criticized from both sides for failing to properly handle the ongoing protests which had gone violent at some point. Trump gained more backlash and public scrutiny following reports that he was transferred to the White House bunker as the protests approached the White House. The controversial photo op in front of a church in Washington was also condemned, with members of the clergy also expressing their displeasure at the move.

During the National Defense University commencement ceremony, General Mark Milley, the chairman of the joint chiefs of staff, apologized for being involved in the said photo op in front of the church. “I should not have been there. My presence in that moment and in that environment created a perception of the military involved in domestic politics,” said the army official. “As a commissioned uniformed officer, it was a mistake I have learned from, and I sincerely hope we can all learn from it.”