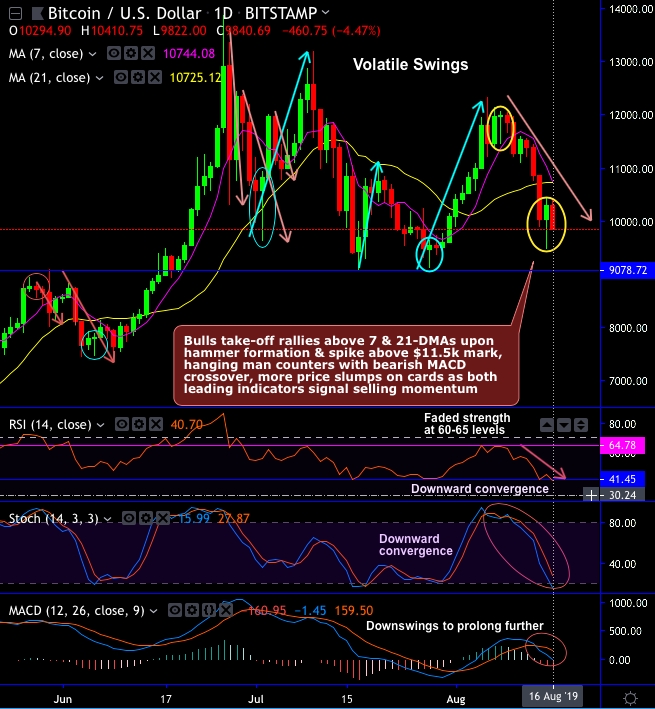 The US Securities and Exchange Commission (SEC) has again postponed its decision on three Bitcoin ETF proposals. The next timeline is October when it must either approve or decline two of the three proposals.

The US securities watchdog issued a note on Monday clarifying that it would defer its decision on three Bitcoin ETF proposals.

An ETF or exchange-traded fund is an investment vehicle that tracks the performance of a particular asset or group of assets. A Bitcoin ETF will track the price of BTC, the largest crypto asset by market capitalization. The advantage of a Bitcoin ETF is that it will allow investors to buy into the ETF, and therefore gain expose to Bitcoin as an asset class, without having to buy and custody the asset itself.

Since 2018, all Bitcoin ETF proposals have been declined or deferred by the SEC, due to concerns over fraud, custody solutions, the potential for market manipulation, and the complications that arise from a global market that is not under any one regulatory framework.

But then the year-2019 has been conducive for the Bitcoin (BTCUSD) prices so far upon some constructive news as well. We reiterate it has been spiking constantly higher since January, but from the last couple of weeks the momentum appears to be little edgy, hence, the price band stuck between $9k to $13k region. Prior to which, the pair surged from the lows of $3,122 levels to the recent highs of $13,880 levels which is the 2019 highs (i.e. almost more than 344% in this year so far).

Technically, after BTCUSD has bottomed out at $3,122 levels, consequently, the bullish engulfing pattern has occurred at $4,071.70 levels.

Nevertheless, on a broader perspective, we are on the verge of hitting multi-month highs as it breaks-out $11k and the bulls again managed to reclaim Bitcoin price to $13.5k mark levels in the recent past as the financial institutions are infusing investments into the crypto industry, this has been the major driving force that the prevailing bull run of Bitcoin prices. Courtesy: BNC