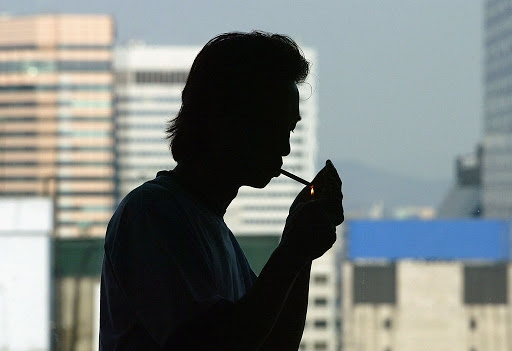 South Koreans smoked more when forced to stay at home.

South Korean expenditure on alcohol and cigarettes by local households of two or more people gained 10.7 percent on-year to hit a new high average of 42,980 won in the July-September period with the “stay-at-home” situation fueling the spending.

Statistics Korea attributed the increase in liquor and tobacco expenditures to more people being forced to stay at home due to the pandemic.

The figure showed by Statistics Korea marks the largest since the government started compiling related data in 2003.

Purchases of such items at restaurants were not taken into account.
Spending on tobacco and alcohol fell 4.2 percent on-year in the first quarter but quickly gained 9.5 percent in the second quarter.

The growth rate in the third quarter marked the highest since the 22.2 percent increase in the first quarter of 2016 when the government raised tobacco prices.

Liquor and tobacco each separately posted record highs household expenditures in the third quarter at an average of 19,651 won and 23,329 won, respectively.