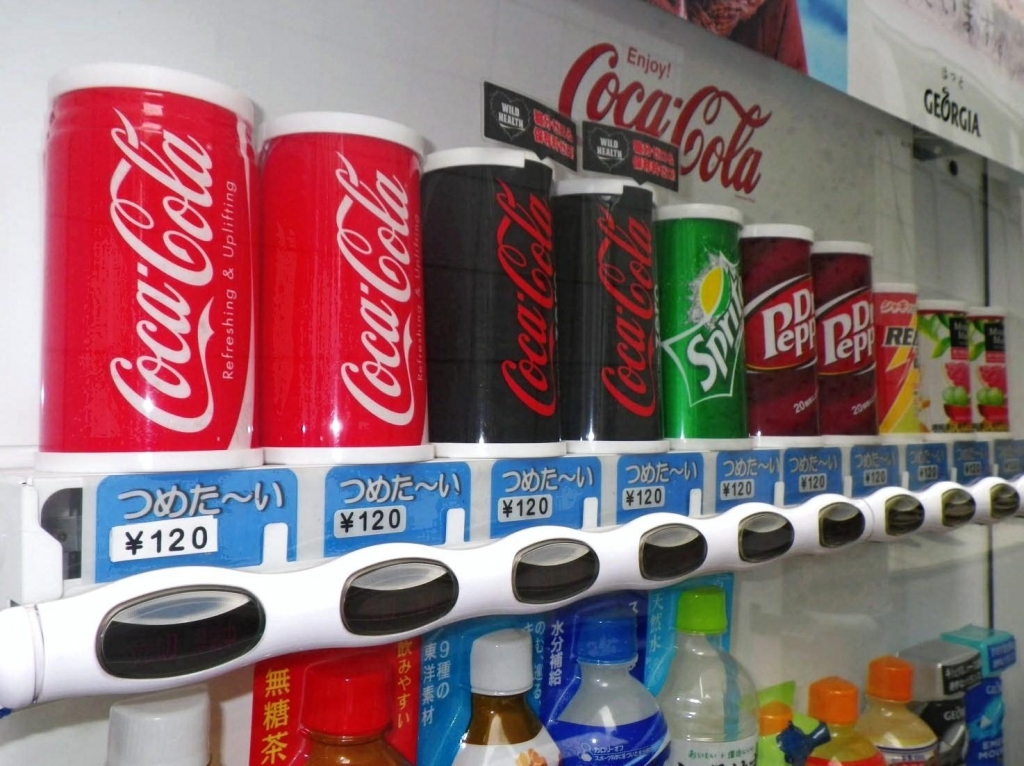 With the cost of each drink down to about 90 instead of the regular price of between 100 and 160 yen, customers who get a drink every day for a month could save up to about 2,100 yen.

Coca-Cola (Japan) Co. is hoping for a bounce-back by offering customers discounts through a subscription service on the Coke ON smartphone app that requires a monthly 2,700 yen fee can buy a drink a day without paying in cash.

With the cost of each drink down to about 90 instead of the regular price of between 100 and 160 yen, customers who get a drink every day for a month could save up to about 2,100 yen.

Coca-Cola is making the Coke ON Pass service available at 340,000 of its 880,000 Coca-Cola vending machines nationwide that are compatible with the firm’s electronic payment function.

Subscribers can receive the drinks by holding their smartphones with the app close to a vending machine. The app tells them which machines can be used in the service.

Coca-Cola, Japan’s largest beverage vending machine operator, expects the service to be popular to those who routinely buy drinks at outdoor vending machines and has attained the target of having 100,000 subscribers by year's end.

While vending machine sales have plunged in business districts and event venues during the pandemic, Coca-Cola plans to raise the number of vending machines available for customers to use its subscription system.