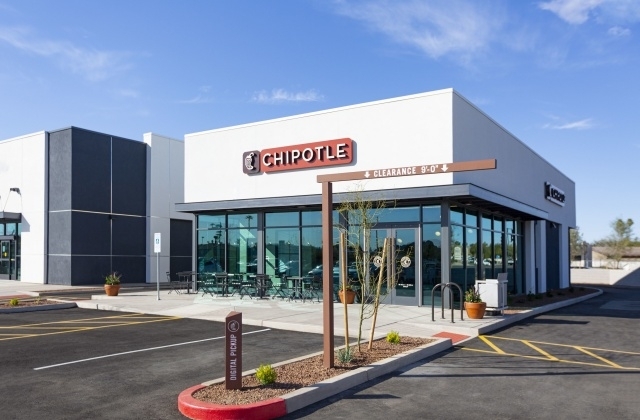 Chipotle Mexican Grill's workers in its Agusta, Maine branch filed for a union election last week. The employees are petitioning for a union, and this is a first in the chain's history.

According to CNBC, the workers at Chipotle Mexican Grill Maine filed the petition for a union election, and the branch became the first in the brand's chain of restaurants to join the recent push of workers for unions that is currently sweeping across the United States.

The staff wants to unionize and named the group Chipotle United, an independent union. The Maine American Federation of Labor and Congress of Industrial Organizations (AFL-CIO), which is the largest federation of unions in the U.S., shared that Chipotle workers are demanding safe and adequate staffing at their store.

With regards to the union petition, Laurie Schalow, Chipotle's chief corporate affairs officer, said in a statement to CNBC, "We received notice today that a petition was filed and we respect our employees' rights under the National Labor Relations Act and are committed to ensuring a fair, just, and humane work environment that provides opportunities for all."

The Kennebec Journal reported that the Chipotle workers staged a walkout which forced the restaurant to close. The staff said at that time that they were often forced to open the store even if they did not have enough staff. They said that having enough people would allow them to safely prepare and serve the food, but since they were understaffed, they were put at risk by having to perform duties that required more employees.

The workers revealed that there were also times when they were told to falsify food temperature logs as they did not have enough time to check them as many times as required in a day. They said that this is an important measure required by food safety authorities.

At any rate, Schalow said that the workers at Chipotle Augusta, Maine, first raised their concerns last week. She stressed that the company immediately started hiring workers, and training for additional staff also followed. She mentioned that it also began the re-training of existing workers in the branch and assigned new leadership.