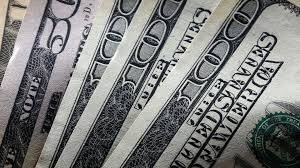 Chinese banks are preparing contingency plans if US legislation causes them to be cut off from US dollars or lose access to US dollar settlements as a penalty for serving officials implementing the new national security law for Hong Kong.

The contingency planning has been initiated by three of China's top four banks: the Bank of China, ICBC, and the Agricultural Bank of China (AgBank).

A milder scenario being anticipated by AgBank would have lenders addressing the problem of clients who get blacklisted by the US, especially if it leads to loss of liquidity.

Bank of China, the country's most international lender, expressed concern on the impact of US currency shortage on its branches in Hong Kong.

Bank of China's $433 billion liabilities at the end of 2019 is the most significant exposure to the country's banks' greenback.

China's top four banks, including China Construction Bank, had a combined $1 trillion in US dollar liabilities at 2019's end.

The Chinese banks are also looking at Iranian banks' experiences that have been frequently hit by US sanctions since the 1979 Islamic Revolution.

The US House and Senate unanimously passed the bill that calls for sanctions on Chinese officials and others who help violate Hong Kong's autonomy and financial institutions that do business with them.
The bill is awaiting to be signed into law by President Donald Trump.

According to Nick Turner, a lawyer specializing in sanctions and anti-money laundering in Hong Kong, the bill has sanction that could be interpreted as preventing banks from clearing dollar transactions via US institutions. However, no specific provisions are mandating it.

He added that it remained to be seen how the law would be used.