Channing Tatum, Amber Heard 2018: Are 'Magic Mike XXL' Co-Stars Really Into Each Other? 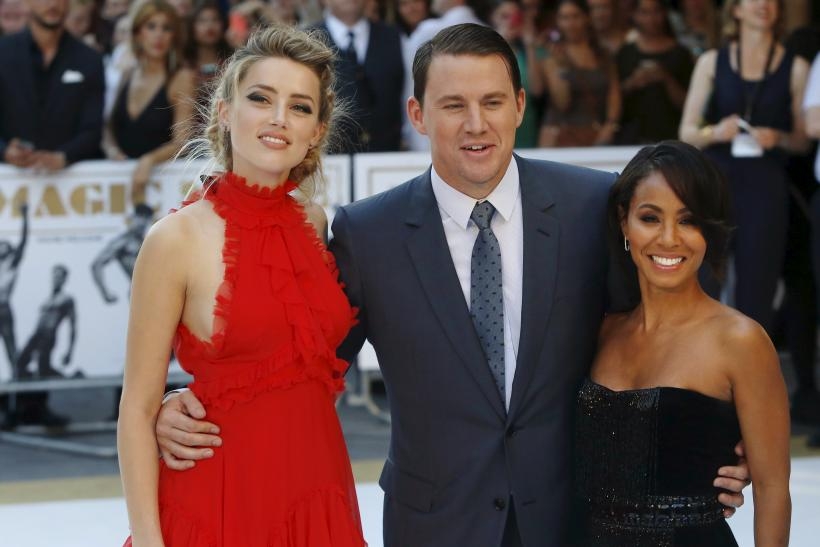 Channing Tatum and Amber Heard's onscreen chemistry cannot be denied but it seems that Hollywood just cannot get enough of it. Rumors that Tatum and Heard have been seeing each other have been in circulation ever since the “21 Jump Street” star announced his split from ex-wife Jenna Dewan back in April.

As the rumor goes, Channing Tatum and Amber Heard have been dying to date each other ever since they co-starred together in “Magic Mike XXL.” Supposedly, Amber Heard was particularly into Channing Tatum during production but didn't make a move on him as both actors were still married to their respective partners at the time.

Rumors would go on to say that Heard entered Channing Tatum's love life as soon as Tatum and Dewan announced their split earlier this year. More recent stories are even claiming that Channing Tatum and Amber Heard are now ready to take their alleged relationship to the next level by moving in with each other.

Fans would expect a six-month relationship ready for a decision such as moving in together to be a particularly big step for a couple. This wouldn't be a problem for Channing Tatum and Amber Heard if they were actually in a relationship but it seems reality shows a different truth.

Amber Heard was spotted just last July with known art curator Vito Schnabel engaging in public displays of affection while watching the tennis matches at Wimbledon. Being physically intimate with someone else leading up to an eventual decision to move in together does not seem like the best idea for Amber Heard and Channing Tatum if they really are in a relationship as the gossip industry claims.

It seems that Hollywood's gossip industry is starting to get a taste for pairing up Channing Tatum and Amber Heard as hard as it pairs ex-couple Brad Pitt and Jennifer Aniston after their own respective divorces. But the rumor mill is definitely wrong once again in this case and may not have as much ammo in the future for pairing the two former co-stars together.