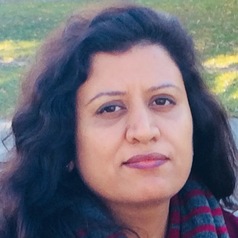 As the world enters the second decade of 21st century, it is waking up to a new reality, facing threats to international solidarity and human security that are not necessarily economic in nature.

Climate change, inequality, populist movements, ethnic nationalism and global epidemics are posing major challenges to international development and human security. Disenchantment with the neoliberal economic system and unregulated capitalism is growing. And on the political front, the global balance of power is shifting as we move away from a unipolar world, dominated largely by the United States, to a bipolar world where China is emerging as the major counterpart to the U.S.

These turbulent times pose challenges and call for collective action since many threats to human security can no longer be contained within the geographical boundaries of nation states.

Although Canada has reduced its foreign aid commitments recently, it has great potential to make up for it by using its soft power to address issues of international development and security. Soft power is defined as a persuasive approach to international relations and diplomacy that doesn’t involve coercion and trades on a country’s cultural and economic influence.

Since the world and the nature of threats to human security and solidarity have changed, our approach to international solidarity and development must also change. In many ways, Canada is well-prepared to lead that change.

No longer all about income

There are growing calls to question this approach. Economic growth is of little use if it doesn’t promote broad-based human well-being, leads to climate change and threatens the very survival of the human race.

What the world needs today, more than ever, is a model of international development that is decolonized, humane and centred on human rights and freedoms. 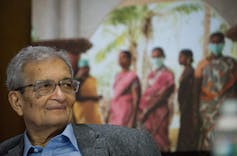 Nobel laureate Amartya Sen is seen at an event at Harvard University in May 2015. (Gretchen Ertl/AP Images for FXB)

The United Nations — under the intellectual guidance of scholars like Amartya Sen and development practitioners like Mahbub ul Haq — has made significant headway in popularizing a more humane model of international development through the publication of its Annual Human Development Reports and the Human Development Index.

It has also influenced global security discourse by popularizing a concept of human security that transcends the traditional focus on territorial security and encompasses health, food and environmental safety.

That concept recognizes the geographic and spatial connectivity of threats. It’s based on the realization that the battle for human survival in the future will be fought not by defending national borders but by understanding the interconnectedness of the fate of human race — and by evoking the compassion that unites us as fellow human beings.

The intellectual foundations of the UN’s Sustainable Development Goals (SDGs) also rest on the concept of human security. Canada has been at the forefront of promoting this concept. Through the formation of the Human Security Network with like-minded countries, Canada was successful, to an extent, in influencing global institutions to promote a human security agenda.

Canada needs to continue its efforts in this direction, especially in light of new or heightened threats to human security that the world faces today in the form of climate change, polarization, ethnic nationalism, intolerance and the global spread of disease. Canada’s efforts in promoting a human rights-based approach to international solidarity are commendable.

Whether it’s an issue of freedom of speech violations in repressive regimes or assisting international refugees, Canada has adopted a humane approach and has set high moral standards.

Given the current shift in the global balance of power from U.S. dominance to the one that includes China and other emerging economies, middle-power countries like Canada, France and Germany will be in a better position to use their soft power to influence global institutions on human rights-based development and to promote much-needed human rights around the world.

Although Canada’s recent reduction in foreign aid has been harshly criticized, it can be seen in a positive light as it signals a move away from problem-solving approach that is based on short-term humanitarian assistance.

What’s really needed for long-term sustainable development is to address the root causes of underdevelopment, which include unaccountable governments, corruption, concentration of political power in the hands of the few without proper checks and balances or rule of law, weak property rights and contract enforcement, and lack of opportunities for the vast majority of citizens.

But whether Canada’s decision to reduce foreign aid signals the need to address the root causes of underdevelopment isn’t clear. Too often, the Global North has supported repressive, dictatorial regimes in the Global South to promote its own economic and geopolitical interests.

It’s time to realize that sustainable and people-centred development is not possible as long as unequal structures of power and repressive political regimes remain intact in developing countries.

The world is ready for a new vision that defines human progress in a profound way and recognizes the interconnectedness of the fate of humanity. But to achieve this, we need a genuine and credible global leadership.

Given Canada’s global image and its historical record in promoting ethical norms and freedoms around the world, it commands greater legitimacy. However, to bring about genuine change, middle-power countries like Canada must adopt a leadership role in pursuing an ethical agenda to ensure the security and survival of humanity.

Is Canada ready to lead?