Brexit political declaration: what it means for the future UK-EU relationship 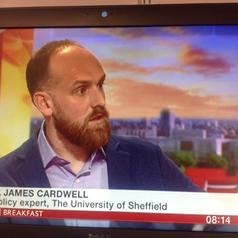 In the to and fro that all Brexit watchers are now used to, the draft text of the full political declaration between the EU and the UK is now available ahead of an expected summit of EU leaders in Brussels on November 25.

First, a note on what the Political Declaration is and what it isn’t. It is separate to the Withdrawal Agreement – the 585-page document published on November 13, which covers the detailed circumstances of the UK’s departure. Instead, the Political Declaration looks to the future and how the UK and EU might work together beyond the transitional period, and in what areas and how.

There are two key things to bear in mind. First, it is a political and not a legal document. Nothing in the document legally requires either the UK or the EU to do anything specific in the future. Things might happen, or they might not. Second, it is a declaration and not therefore a legal text. It has no particular formal force that could be used, for example, in a court of law.

So if it is not legally binding, then why have it? For a start, it gives us some indication of the areas that the UK and EU will have to work on intensely over the coming years. It is also an indication of the extent to which the British prime minister, Theresa May, has been successful in maintaining her “red lines” and how the EU side has managed to accommodate the differing views between the 27 member states. But this only goes so far – there is little to suggest here how closely entwined the UK and EU might be in, say, ten years from now.

The 26 pages reveal quite a lot (especially as the document was only seven pages long some days ago), but with some important omissions which may form the flashpoints of the future.

May has again reiterated that the UK’s primary aim in leaving the EU and respecting the referendum result is to end free movement. This, along with an “independent trade policy”, is noted in the agreement as the key principle for the UK in the future relationship.

Given that the EU’s stated principles in the document are “the integrity of the Single Market” and the “indivisibility of the four freedoms”, there is an immediate incompatibility between these two positions. This incompatibility will be a clear barrier to having the kind of “ambitious, broad, deep” partnership envisaged in the text.

In place of the current free movement of people, there is a commitment to facilitating short-term visits between the UK and the EU but nothing more that that. In other words, UK citizens will no longer be able to go to EU countries under the same terms for anything more than short visits, and vice versa.

But given the EU’s consistent underlining of free movement of people as part of the single market, this limitation will inevitably hamper moves towards a close relationship in other economic areas. The UK will be unable to treat member states differently. Therefore, if the UK wants to facilitate access to employment opportunities for French and German citizens, then these must be identical for Bulgarian and Romanian citizens, too. Everything else, such as the Erasmus programme for student exchanges, is only a matter to “consider” for the future. So good news for those who, like the prime minister, place ending free movement above all less. But less good news for anyone wanting future certainty on moving to the EU or recruiting from Europe.

On trade, the aim for “frictionless” trade has seemingly been downgraded as this term does not appear in the text. The declaration talks of a “free trade area” based on a “level playing field”. This could mean any number of things, but given insistence on the integrity of the single market as a core EU principle, the most likely scenario is that if the UK wants a free trade area, it will inevitably have to apply EU law (but without having any say over making it). This appears to be pointed at in the section on goods, in which the relationship will be “as close as possible” and building on the “single customs territory” provided for in the Withdrawal Agreement. This is unlikely to meet a favourable response from Brexiters.

Nothing off the table yet

On services, which are more crucial to the UK economy than goods, there is much less commitment to a deep relationship. Here, the declaration points to liberalisation “beyond” the World Trade Organisation commitments of the EU and UK. But this will fall well below the current level of integration for the UK in the single market. Financial services similarly receive no obvious commitment beyond cooperation. For the UK, this should be a major worry.

These aspects of the future relationship with the EU are key for the UK’s pursuit of an “independent trade policy” which, it would appear, has been inserted numerous times in the text at the UK’s behest. The problem for the UK is that it is not clear how an “independent trade policy” would work alongside a deep relationship with the EU. In other words, it might well exist in the future in theory, but not so much in practice.

The same can be said of so many other aspects. For example, the UK and EU agree to cooperate on sanctions policy, such as sanctions against Russia – but, in reality, the UK will not have the same leverage as it currently has over other member states on the detail of any sanctions. The choice is likely to be therefore to follow the EU’s lead and align, while attempting to present it as an independent policy.

In short, nothing is completely off the table and the development of future relations depends on future leadership, particularly in the UK. In the meantime, the Northern Irish backstop – and the possibilities for “technical” solutions to the issue of Irish border – is likely to provide the focal point for discussions.

This Political Declaration means that Brexit is not going to be “sorted” in the short term. Anyone hoping that this document will close one chapter of the UK-EU relationship and start another on a new footing will be disappointed. In the future, the UK and EU are likely to be locked in neverending discussions about their relationship, during which time – after March 29, 2019 – the UK will slowly start to discover what being an “outsider” is really like.