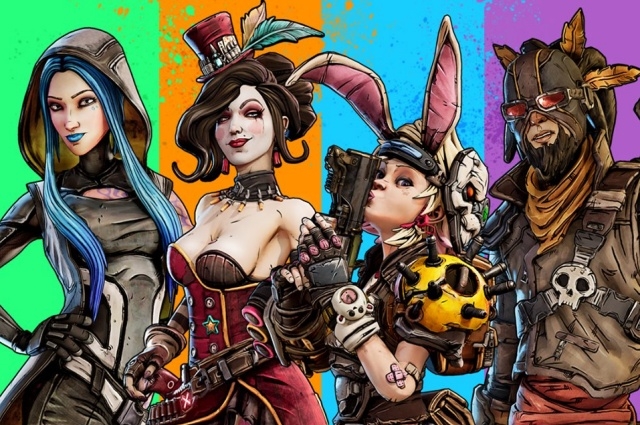 “Borderlands 3” is arriving, and gamers will be thrilled to know that it will come with innovative features. One of the things that the game developer, Gearbox Software, revealed is that they fitted the game with accessibility functions like the ping system for better communication of players in the multiplayer mode.

What’s more, this system does not just offer a channel for communication, but it has other use like allowing the players to know which one is their enemies and which one are their friends in the gameplay. Plus, this addition in “Borderlands 3” also provides information about the gamers’ loot chests and other items.

Who are the Vault Hunters

Ahead of “Borderlands 3” release, Gearbox Software also unveiled a new trailer to give the game enthusiasts more idea about the new game. The video clip gave away many details, and it includes the identity of the four Vault Hunters, namely Zane, Amara, FL4K, and Moze.

In the “Borderlands 3” teaser, the four were shown dancing to the lively tune of "So Happy Together," and while they were swaying with the groove, they were also slaying an army of bandits. This is an unconventional presentation, and some people who watched it even described it “silly” but nevertheless, it delivered what it was supposed to convey to the players. Also, each of the Vault Hunter’s special abilities was also showcased as they dance and shoot the bandits.

Meanwhile, “Borderlands 3” will not offer cross-play support in any of its platforms including Xbox One, PC and Playstation 4. However, there is a chance that this feature may still be added at some point after its official release in the form of a DLC.

“Borderlands 3” is set to be launched on Sept. 13 in the gaming platforms mentioned above. Aside from the game, those who own the previous game versions will also get a surprise since Gearbox Software is offering a new set of DLC for “Borderlands 2.”

Watch out for the game release and DLC. In the meantime, see the clip below to learn how the ping system works.