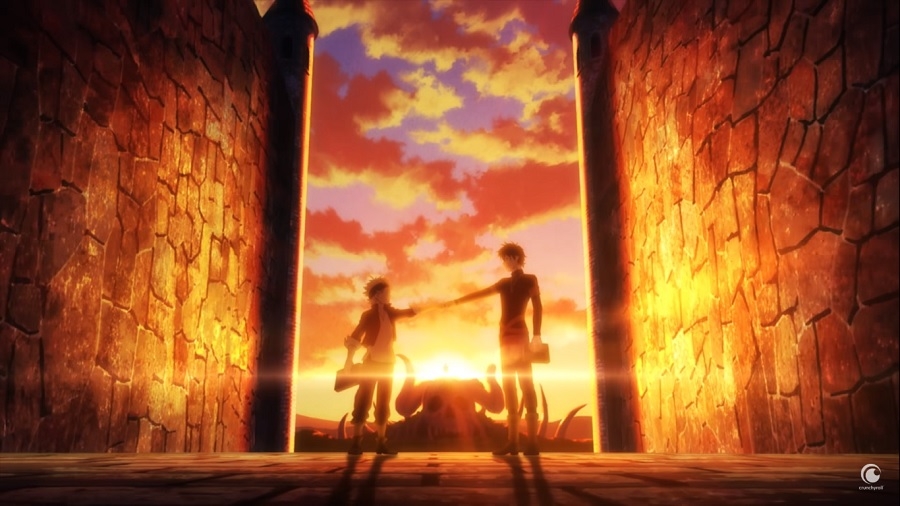 Avid fans who are caught up with the latest “Black Clover” manga chapters are most likely familiar with Asta’s Anti Magic powers by now. But to fans who are not, watching the upcoming “Black Clover” episode 63 will come in handy to gain a basic understanding of how it works.

The Witch Queen has been spectating Asta’s fight with Ladros. Before “Black Clover” episode 63, she seemingly got bored and said it is time for Asta to show what power he really has. Then, black mass started forming on Asta’s hand.

That black mass is the confirmation that Asta will be using an all-new attack with his Anti Magic and poor Ladros is the first one to get the taste of its strength in “Black Clover” episode 63. Meanwhile, Witch Queen will explain that Anti Magic energy is constantly flowing through the Demon-Slaying sword. Since Asta’s body do not have magic and does not store mana, that energy gets into his system allowing him to wield the sword.

At this point, the Witch Queen will understand that Asta is not a descendant of anyone special. In fact, the manga chapter where “Black Clover” episode 63 will be based on is titled “Nothing Special” which is clearly referring to Asta. But she will conclude that this also the reason why Asta is the perfect “vessel” for the full potential of this Anti Magic energy.

It is highly expected that “Black Clover” episode 63 will debut the Black Asta form. The forming black mass on his body would later cover his whole right arm and give him black wings allowing him to fly at a very high speed.

One of the highly anticipated highlights of “Black Clover” episode 63 is the debut of the Black Meteorite attack. With his new form and Anti Magic’s full power, Asta can tear through any magic-based attacks.

Asta flies through the air in “Black Clover” episode 63 and attacks Ladros at an unprecedented speed that Noelle described Asta as a “rising black comet” in the manga. Catch Asta’s demon form in an all-new episode expected to drop on Tuesday, Dec. 18.