Being left-handed doesn't mean you are right-brained — so what does it mean? 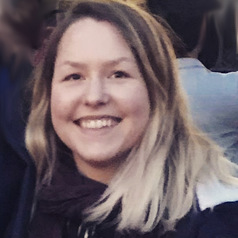 There have been plenty of claims about what being left-handed means, and whether it changes the type of person someone is – but the truth is something of an enigma. Myths about handedness appear year after year, but researchers have yet to uncover all of what it means to be left-handed.

So why are people left-handed? The truth is we don’t fully know that either. What we do know is that only around 10% of people across the world are left-handed – but this isn’t split equally between the sexes. About 12% of men are left-handed but only about 8% of women. Some people get very excited about the 90:10 split and wonder why we aren’t all right-handed.

But the interesting question is, why isn’t our handedness based on chance? Why isn’t it a 50:50 split? It is not due to handwriting direction, as left-handedness would be dominant in countries where their languages are written right to left, which it is not the case. Even the genetics are odd – only about 25% of children who have two left-handed parents will also be left-handed.

Being left-handed has been linked with all sorts of bad things. Poor health and early death are often associated, for example – but neither are exactly true. The latter is explained by many people in older generations being forced to switch and use their right hands. This makes it look like there are less left-handers at older ages. The former, despite being an appealing headline, is just wrong.

Positive myths are also abound. People say that left-handers are more creative, as most of them use their “right brain”. This is perhaps one of the more persistent myths about handedness and the brain. But no matter how appealing (and perhaps to the disappointment of those lefties still waiting to wake up one day with the talents of Leonardo da Vinci), the general idea that any of us use a “dominant brain side” that defines our personality and decision making is also wrong.

It is true, however, that the brain’s right hemisphere controls the left side of the body, and the left hemisphere the right side – and that the hemispheres do actually have specialities. For example, language is usually processed a little bit more within the left hemisphere, and recognition of faces a little bit more within the right hemisphere. This idea that each hemisphere is specialised for some skills is known as brain lateralisation. However, the halves do not work in isolation, as a thick band of nerve fibres – called the corpus callosum – connects the two sides.

This idea that each hemisphere is specialised for some skills is known as brain lateralisation. However, the halves do not work in isolation, as a thick band of nerve fibres – called the corpus callosum – connects the two sides.

Interestingly, there are some known differences in these specialities between right-handers and left-handers. For example, it is often cited that around 95% of right-handers are “left hemisphere dominant”. This is not the same as the “left brain” claim above, it actually refers to the early finding that most right-handers depend more on the left hemisphere for speech and language. It was assumed that the opposite would be true for lefties. But this is not the case. In fact, 70% of left-handers also process language more in the left hemisphere. Why this number is lower, rather than reversed, is as yet unknown.

Researchers have found many other brain specialities, or “asymmetries” in addition to language. Many of these are specialised in the right hemisphere – in most right-handers at least – and include things such as face processing, spatial skills and perception of emotions. But these are understudied, perhaps because scientists have incorrectly assumed that they all depend on being in the hemisphere that isn’t dominant for language in each person.

In fact, this assumption, plus the recognition that a small number of left-handers have unusual right hemisphere brain dominance for language, means left-handers are either ignored. This is either because researchers have assumed that, as with language, all other asymmetries will be reduced – or worse, left-handers have actively been avoided in many studies of the brain.

How some of these functions are lateralised (specialised) in the brain can actually influence how we perceive things and so can be studied using simple perception tests. For example, in my research group’s recent study, we presented pictures of faces that were constructed so that one half of the face shows one emotion, while the other half shows a different emotion, to a large number of right-handers and left-handers.

Usually, people see the emotion shown on the left side of the face, and this is believed to reflect specialisation in the right hemisphere. This is linked to the fact that visual fields are processed in such a way there is a bias to the left side of space. This is thought to represent right hemisphere processing while a bias to the right side of space is thought to represent left hemisphere processing. We also presented different types of pictures and sounds, to examine several other specialisations.

Our findings suggest that some types of specialisations, including processing of faces, do seem to follow the interesting pattern seen for language (that is, more of the left-handers seemed to have a preference for the emotion shown on the right side of the face). But in another task that looked at biases in what we pay attention to, we found no differences in the brain-processing patterns for right-handers and left-handers. This result suggests that while there are relationships between handedness and some of the brain’s specialisations, there aren’t for others.

Left-handers are absolutely central to new experiments like this, but not just because they can help us understand what makes this minority different. Learning what makes left-handers different could also help us finally solve many of the long-standing neuropsychological mysteries of the brain.