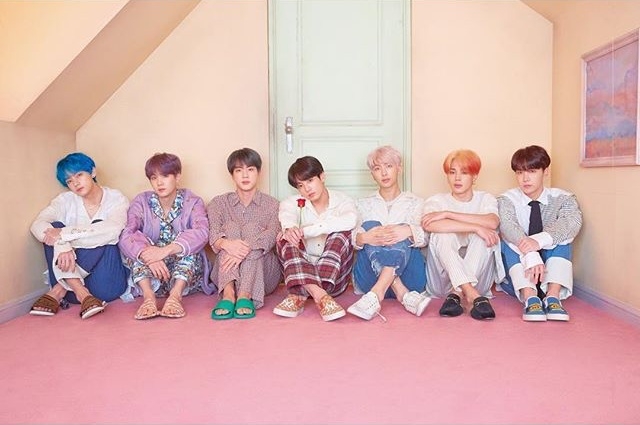 BTS’ popularity is unstoppable, and the group proved this once again when it beat Taylor Swift and U2’s record as the highest-grossing performers at the Rose Bowl in Los Angeles. It was said that the K-pop idol group’s “Love Yourself: Speak Yourself” 2-night concert at the venue brought in more than $16 million after selling over 113,000 tickets.

According to Billboard, the said ticket sales made BTS’ performance at the Rose Bowl as the highest-grossing concert in the stadium’s history. Before BTS, U2 and Taylor Swift were the only artists who hold the highest-selling concert records.

Moreover, BTS’ U.S. leg of the “Love Yourself: Speak Yourself” world tour reportedly sold 299,770 tickets, and this yielded around $44 million earnings. For their South American and European stops, the combined earnings for London, Paris and Sao Paolo amounted to $35 million. Overall, the tour was said to have sold over 600,000 tickets and grossed $78.9 million.

Still, BTS has remaining concert stops in Asia. They will continue their performances in July and hold shows in key cities in Japan, including Osaka and Shizuoka.

Meanwhile, The Jakarta Post reported that the concert of BTS in Stade de France last week left some issues. Ahead of the scheduled rugby game, officials had to repair some spots in the stadium as fans damaged part of the pitch area. The French Top 14 rugby final was to be held the next day after the concert, so the officials had to fix the damaged area fast.

Based on the report, they need to replace the worn out parts in the field with fresh grass cuttings. To be exact, they covered up an area measuring at least 3x30m. "We held two concerts by the K-Pop group BTS last week, with an absolutely monumental level of production. It was a technical challenge," the publication quoted the ground director, Alexandra Boutelier, as saying. "We treated the hardness of the ground in a way which kept its technical consistency.

Finally, BTS held its first-ever concert in Busan this weekend, and they attracted 25,000 fans. The city is Jungkook and Jimin’s hometown, so a special event like a walkthrough of the neighborhood where they grew up was organized for the fans.