Attractive restaurant servers can influence what we think of our meals 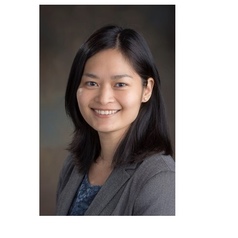 More than ever, dining out is an activity woven into our daily lives. At their best, restaurants hold the public’s attention because they reflect and radiate taste, culture and a vision of the good life.

Yet despite all this positive attention, the alignment of the overall restaurant experience with the food itself is often overlooked when we dine out. In many cases, guests are set up for high culinary expectations because of the restaurant’s decor and environment, and are sometimes disappointed by less-than-inspired food.

To this end, my recent research, co-authored with JoAndrea Hoegg and Karl Aquino from the University of British Columbia, suggests that the physical attractiveness of servers can help form expectations of a dining experience.

Published in the Journal of Retailing, we examined whether and how the presence of attractive individuals altered consumers’ evaluations of their dining experiences. Furthermore, we hypothesized that such a connection only exists with heterosexual male diners, and only when their servers are female.

The employment of attractive individuals is a sometimes controversial yet surprisingly common strategy in service settings, including food retailers. Our research, based on online surveys and lab experiments, showed the divergent effects that physical attractiveness can have on taste perception.

This can be attributed to what is known as the negative disconfirmation effect, a phenomenon in which negative information is introduced to consumers who had already formed positive expectations. It is a reflection that their expectations, based on the server’s appearance, were not met. That gap between expectations and reality can lead to surprise and disappointment.

On the flip side, the presence of attractive people does not backfire with a relatively good meal. The takeaway is that customer impressions are dependent on a mix of food taste and server appearances.

There are caveats here. At the individual level, some consumers are more likely than others to be influenced by environmental cues. Others are more cognizant of the environment that influences them, and therefore less susceptible to allowing such cues to distort their sensory experience.

We also found gender differences in how men and women can be influenced. For example, women were less susceptible than men to being swayed by server attractiveness.

What does this mean for restaurants? We believe restaurateurs should remain focused on what kind of experience they are actually offering. If the goal is to have diners focus on the food — including quality, sourcing, sustainability and taste — then distracting environmental cues that fail to align with the menu should, at the very least, be reconsidered.

A recent mini-controversy reported in The New York Times about a master musician’s annoyance with a notable restaurant’s lacklustre musical playlist reminds us that environmental cues can resonate with customers as much as culinary ones.

We are not suggesting restaurants should be devoid of environmental cues. But managers should be mindful of when and how they are used. Importantly, they should be aware that any kind of mismatch between expectations and reality is likely to leave customers unhappy.