Are the rich really getter poorer and the poor getting richer? 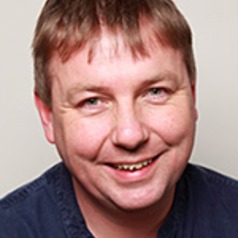 The median UK household is better off. The poorest households are doing even better than the median, and the richest households have been the greatest losers. At least that’s one way to read the headline statistics put out by the Office for National Statistics (ONS) on January 10 in a new report on household disposable income and inequality.

Yet exactly the same statistics could have been reported in a very different way. In fact, while the poorer 90% of UK households have seen their equality of income improve, all these households are now receiving less in real terms because of the fall in the value of the pound, and this report says nothing about the best-off 10% of households.

Let’s take the three groups, the average, the poorest, and the richest, one by one.

Does the median UK household now really have more disposal income than a year earlier? Here, the dates being compared are the financial year up to April 2016 compared with the financial year ending in April 2015. According to the ONS, that median disposal income is now £26,300, compared to £25,700 a year earlier. The government statisticians say this is the case after they have accounted for inflation and changes to household composition.

The disposable income being described by the ONS is income after taxes have been paid and benefits have been received – but it is before housing costs have been deducted. So where rent and the cost of buying a home has risen those rises are not been taken into account.

Average UK house prices rose by 8.2% in the year to April 2016. Rents have been rising by similar amounts and fewer young couples are setting up home. If this housing crisis means that fewer grown-up children are able to leave home, household composition would alter and the average household would look a little better off overall because that grown-up child might well have an income.

The incomes of the country’s poorest households – in the bottom fifth of the income distribution – have increased. This is because unemployment has fallen and even very low-paid work pays more than most benefits (if you can get enough hours). However, the reason unemployment has fallen in recent years is because of the most draconian application of benefit sanctions ever applied in the history of the UK.

In 2013, over one million people were sanctioned, losing benefits that amounted to more than all the fines handed out by sheriff’s courts in Scotland and magistrates courts in England and Wales for all the actual crimes committed that year.

What the imposition of sanctions at unprecedented rates showed was that it is possible to reduce unemployment by taking away benefits. To survive, people are forced to take any work that they can possibly find, or move in with relatives or with anyone that will give up a sofa.

This employment growth has resulted in the apparent disposable income of the median household in the worse-off fifth of households appearing to rise by £700 a year, or just over £13 a week. However, for those households in which an extra adult is now working, the cost of actually getting to work every day, of the clothing needed for that work, and the loss in time to care for others (such as children) will be more than that £13 weekly rise.

Information on changes to national insurance contributions and child benefit payments, have shown us that most people in the best-off tenth will not have fared well either. But other statistics on the incomes of some of the very best-off (such as top paid bankers) also reveal that those in the very richest 1% have done well over this period.

The number of British bankers paid over a million Euros a year rose from 3,178 to 3,865 in 2014. There is no reason to believe that has reduced. In fact, preliminary figures for 2015 revealed that 971 people working in just four of the large US banks in London received more than a million Euros in pay in 2015, with 11 working for Goldman Sachs getting more than 5m Euros each.

For the poorer 90% of households in the UK, with total household incomes below £53,448 a year, economic inequalities are falling. But they are falling because the people who are poorest are being forced into work that they would not do if they had any choice. They are falling because benefits such as child benefit are no longer universal (top rate tax payers no longer qualify). Or possibly because it is harder and harder for young adults to leave the family home and statistical adjustments for household composition are not sophisticated enough to account for such changes.

Most people are not really financially better-off, other than a tiny proportion of the population in the top 1% who are not even included in these statistics. Most people becoming a little more equal (while a few become very much better off) – as living costs are about to rise even further due to inflation – is not a good news story.

Danny Dorling does not work for, consult, own shares in or receive funding from any company or organisation that would benefit from this article, and has disclosed no relevant affiliations beyond the academic appointment above.