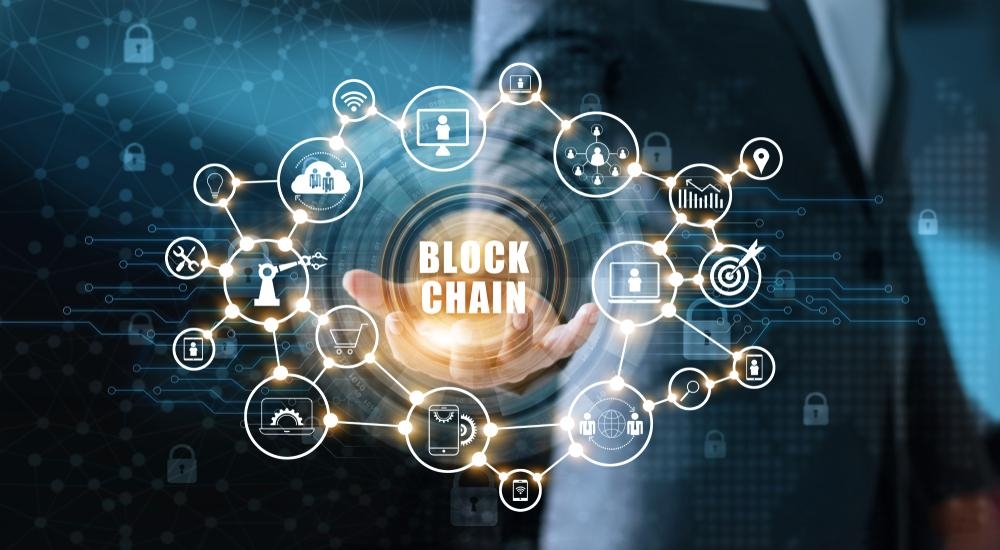 Since the creation of bitcoin in 2009, bitcoin and its underlying technology – the blockchain has been recognized as the future of the financial industry worldwide, including the banking industry. The reason for this is that the Bitcoin is a digital currency that you can’t physically touch like fiat currency or any government-issued money.

In several ways, it comes with advantages that a fiat currency doesn’t have. For example, it may be challenging to send thousands of cash abroad, but you can do the transfer using bitcoin in a few minutes. With the introduction of digital currency and blockchain technology, banks and other financial institutions are open in adopting cryptocurrencies like Bitcoin to allow money transfers.

Here’s what you need to know about blockchain and the eight leading banks that use blockchain for international money transfers.

What is the Blockchain Technology?

In its simplest terms, the blockchain is a digital ledger that’s composed of economic transactions that are automated to record everything of value including financial transactions. The blocks of data it supports are secured using cryptographic principles.

The good thing about this new technology is the fact that it doesn’t follow a central authority. It’s a shared and incorruptible ledger that makes all the information visible to everyone. Moreover, a blockchain doesn’t have a transaction cost. It’s just a simple way of relaying the data from A to B in a safe and streamlined manner.

How Can Blockchain Technology Help The Banking and Financing Industry?

Here’s how the blockchain technology can make a huge difference in the banking and financing industry:

Typically, the process of selling and buying shares and stocks involves third parties such as the stock exchange and brokers. With the introduction of the blockchain technology in the banking sector, you’ll be able to eliminate those unnecessary intermediaries. Allowing trading to run in all computers across the globe.

Banking involves much paperwork, especially when it comes to accounting, bookkeeping, and audit. That’s because of the strict requirements on integrity and validity imposed on every banking and financial institution. In such a case, the advent of blockchain can help streamline these processes. For instance, standardization using the blockchain technology will enable the auditors to check the data recorded in the financial statements, thereby save time and reduce costs. Also, using blockchain will make it easier for you to verify the integrity of some electronic files.

Payments are the primary services of any banking or financial sector. In today’s digital world, commercial banks are using the blockchain technology to process payments and the issuance of digital currencies. With this innovation, payments, particularly cross-border payments, are less expensive and quicker than the traditional systems. An example of this is the remittance cost, whereby it’s higher without blockchain. After all, this new technology doesn’t need third-party authorization, making the process of cross-border payments much quicker.

If you’re looking for ways to transfer money abroad, there are banks and specialized money transfer companies that use blockchain tech to offer these services at a low price.

Another way by which blockchain can revolutionize the financial system is through the trade finance sector, which includes the activities of the international and commercial trade. Even today, several trade finance transactions require a lot of paperwork such as invoices, bills of lading, and many more.

Fortunately, the use of blockchain technology in the trade finance sector can automate the entire process by eliminating the time-consuming paperwork. It gets rid of several copies of the same file by integrating all vital information in one single digital file. The good thing about this document is that it can be accessible to all network members and is updated in real time.

It typically takes more time to check the borrower’s credit history. The traditional credit reports given by third-party credit bureaus aren’t accessible for small business owners and specific individuals. Given such circumstances, blockchain technology can help these people and companies acquire loans very quickly according to their credit history. It also provides the necessary tools that enable borrowers to create credit reports more secure, accurate, and transparent.

In addition, credit reports made through blockchain can minimize costs and complications involving date verification.

P2P Transfer means the customers can send money from their bank account to someone else’s account through the Internet or mobile phone. Although the market is filled with transfer applications, it still has specific limitations, including the charging of large commissions for their services and the unsafe storage of sensitive data.

Luckily, all of these limitations can be resolved by using blockchain technology. This innovation doesn’t have geographical restrictions which means anyone can do P2P transfers around the globe. Moreover, transfers made in blockchain are in real time. This means that the recipient no longer has to wait for a long time until they receive the money.

Ultimately, financial transactions done online should be done without any identity verification. However, the process of verification takes several steps to be completed. With blockchain technology, users can select the way you want to identify themselves and with whom they wish to share their identity. Although they still have to encode their identity on the blockchain, they don’t need to do the registration all over again for each service provider that’s operated by this new technology.

What are the Eight Leading Banks That Use Blockchain for Money Transfers?

Australian banks and other banking companies around the world are on their way toward making digital currency with blockchain technology as the practical and safest method of transferring money internationally.

Below are the eight leading banks that use blockchain to transfer money around the globe:

It’s the leading provider of a variety of financial services, including business banking, institutional banking, insurance, share broking products, premium banking, and many more. Established in 1911, this bank has been offering financial products and services for the people of Australia.

With many years in the banking industry, the Commonwealth Bank of Australia has started to adopt the blockchain technology for its services. For instance, they’ve teamed up with the World Bank to record the secondary market bond trading through blockchain. The reason for this is to allow capital markets to improve the distribution of ledger technologies for more efficient, secure, and faster transactions, including international money transfers.

Founded in 1834, the National Australia Bank has been offering financial services to both businesses and individuals not just in Australia but also in Asia, the United States, New Zealand, and many more. It accommodates transactions involving savings accounts, term deposits, foreign currency, different loans, and so on.

With the advent of blockchain technology, this bank has started providing international money transfers using the said innovation. The officers of NAB also believe that the technology itself can provide real-time international payments as well as efficient and secure payment systems.

Established in 1812 as the City Bank of New York, this bank offers financial products and services such as lines of credit, mortgages, credit cards, commercial loans, and many others. With thousands of branches worldwide and headquarters in New York City, CitiBank has been one of the largest banks all over the world. Due to the evolution of latest technology nowadays, this bank has started to explore the uses of blockchain on their operations, particularly in terms of international money transfers. Also, it began building three blockchains and assessing its digital currency called Citicoin.

Founded in 1690 in the City of London, Barclays is also one of the leading banks who have been using blockchain tech. They have conducted exercises to determine how blockchain can strengthen the banking industry by making money transfers abroad fast, safe, and efficient. Also, this bank has acknowledged this new technology as a transformative way of doing banking to millions of customers.

Founded in 1869, Goldman Sachs has been in the banking industry for over 150 years, serving many customers across the globe. Headquartered in New York City, this bank is an American multinational investment bank that provides financial products and services such as prime brokerage, securities underwriting, asset management, and many more.

With the introduction of digital currencies, this bank has also started to use blockchain technology in all its financial transactions, specifically in international money transfers. They highlight the potential benefits of blockchain tech and believe in the way by which operations are carried out in an efficient and safe manner.

Moreover, this Spanish banking giant has been using blockchain technology to streamline all its transactions, especially money transfers abroad. They also believe that adopting blockchain tech can probably reduce infrastructure costs due to its benefits in the banking industry.

Headquartered in Switzerland, UBS is a Swiss multinational investment bank that provides financial products and services such as wealth management, credit cards, mortgages, corporate banking, investment banking, and many more.

With the rising popularity of digital currencies these days, UBS has seen Bitcoin and its blockchain technology as a way to provide a new shared system including a transfer system with the use of securities and currencies. The system has helped reduce costs and ensure safe and faster transfers, especially in the international arena.

Due to blockchain’s plethora of benefits in the banking sector, UBS also sees a brighter future in this innovation as it provides an excellent opportunity to minimize duplication in the system.

Based in London, England, UK, Standard Chartered is a British multinational banking company that serves many customers worldwide. With more than 1,000 branches and outlets all around the globe, this bank offers a variety of financial products and services including wealth management, credit cards, private banking, consumer banking, mortgage loans, and many more.

Considering the popularity of blockchain’s technology, this bank has expressed their opinion about it. They believe that bitcoin blockchain has the potential to reduce the costs of money transfers, credit cards, and even remittances. In other words, it becomes a transparent and low-cost transaction infrastructure, giving the banking industry leverage in the market.

Further, Standard Chartered embraces blockchain tech as a way to make banks and other financial institutions transparent while fighting against economic crimes like money laundering. Apart from making the financial companies more transparent, they also use the blockchain tech in the field of trade finance by digitizing and authenticating financial records.

Like other industries in the market, banks don't want to miss out on the potential benefits brought about by the blockchain tech in the banking industry. However, it’s important to note that the transition to using this innovation can be a long-term development, primarily if you aim to replace your existing payment infrastructure.

Moreover, blockchain technology can probably change or improve the way people transfer money abroad, but it’s still an on-going process. In the meantime, keep all the information in this article in mind and check the best deals for the international money transfers if you’re sending one today. Justin Rampono is the founder of The Currency Shop, a comparison website for international money transfers.