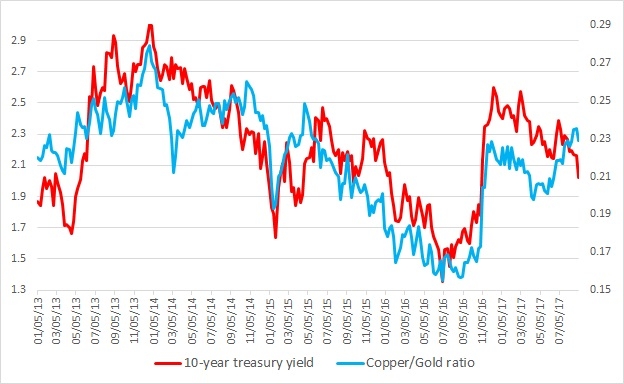 This chart shows the relation between the copper/Gold ratio and the U.S. 10-year yield constant maturity since 2013. It is visible even with the naked eye that the ratio and the yield have enjoyed a close relationship. Any divergence was temporary.

Last major divergence occurred back in 2014 when since March that year the ratio moved higher while the yield continued its decline. This continued until October before the collapse took place beginning November of that year.

What is the significance of the ratio?