In the Year of the Rabbit, spare a thought for all these wonderful endangered bunny species

Exploding carp numbers are 'like a house of horrors' for our rivers. Is it time to unleash carp herpes?

Why forecasting snow is so difficult in the UK 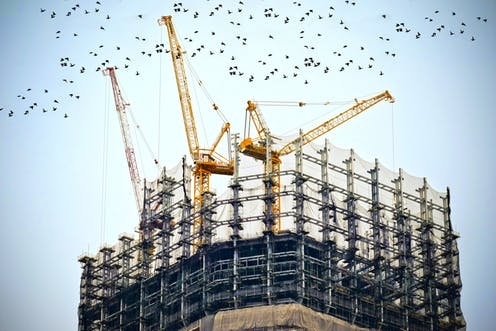 The greenest buildings are those that exist already Danist Soh on Unsplash, FAL 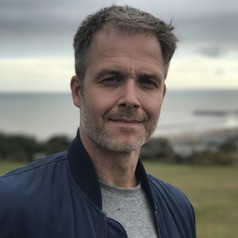 As the built environment takes centre stage at COP26, the scale and urgency of the climate crisis and of the industry’s responsibility to address it comes into focus. A recent report from the UN’s Global Alliance for Buildings and Construction shows that the buildings and construction sector is responsible for 38% of global CO2 emissions.

Increasing attention has been paid, in recent years, to emissions resulting from how our buildings are operated: how they are heated, cooled and lit. Those due to the production and supply of building materials and the construction itself have received less attention. And yet, they alone account for 10% of global emmissions.

Much of the sector thrives on a wasteful cycle of demolition and new builds. In the UK alone, an estimated 50,000 buildings are torn down each year. Which begs the question: is building greener really the solution? 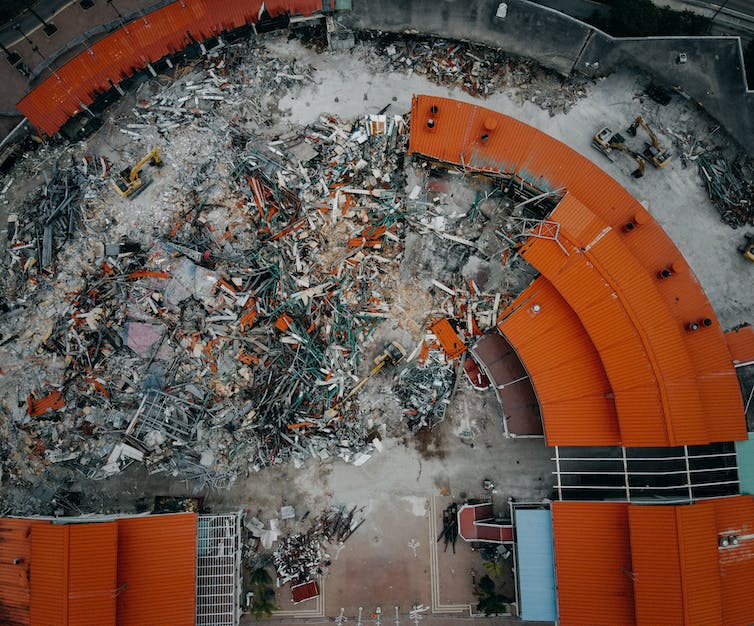 The demolition and new-build construction cycle is a major source of waste. Jarrett Mills | unsplash, FAL

Despite efforts by the likes of sustainable architecture pioneer William McDonough and organisations including World Green Building, breaking this demolition and new-build cycle has proven difficult.

Reusing existing building stock is a complex issue. If not done sustainably, it can also cause a hike in emissions. But there are several other reasons why reuse has not become more of a default option.

Many architects have found that it was easier to make a name for themselves with glitzy new buildings than with sustainable design methods and retrofits, and, frequently, more - and quicker – money could be made by tearing down existing buildings and replacing them. Perverse financial incentives play a role alongside other factors: in the UK, for example, VAT rates still encourage new builds and penalise renovations.

Further there are economic incentives for those who profit from the current system – who sell construction materials, carry out demolitions or whose business model exclusively focuses on new builds, instead of reckoning with existing buildings, refurbishing them and integrating them into new schemes – to not do things differently.

Lastly, in architecture education and professional accreditation, as elsewhere, there has been a lack of climate literacy. This has left architects ill-prepared to effectively tackle the climate crisis.

Recent initiatives show that things are changing. Architects Climate Action Network and Architects Declare launched in 2019, are just two of several alliances that aim to raise awareness within the construction industry of the climate crisis, decarbonise the sector and drive the shift towards renewable and green building. In addition, Architects’ Journal started the RetroFirst campaign in 2019, which advocates for prioritising retrofitting over demolition and new construction. As the latter campaign puts it, the greenest buildings are those that already exist.

In September, a report published by the Royal Academy of Engineering drew further attention to the environmental costs that the industry incurs and possible ways to address them. Central to this new way of thinking about construction is what architects and developers call a whole-life carbon approach. 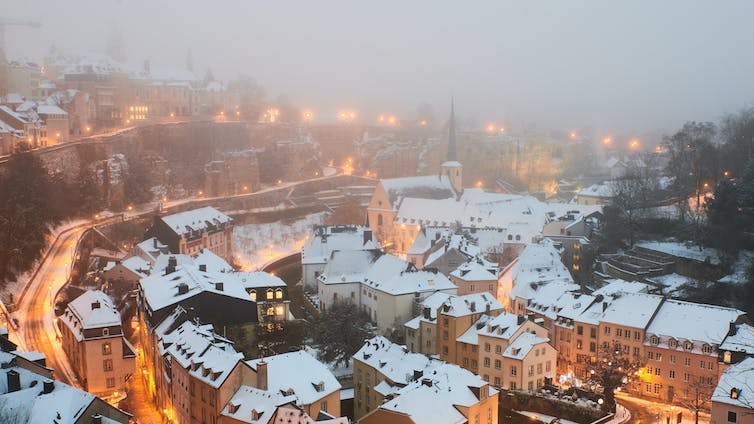 Making heating and lighting energy efficient has long been a priority. Johny Goerend on Unsplash, FAL

The whole-life approach considers a building’s entire life cycle, from construction, occupation and renovation to repair, demolition and disposal. In a typical UK housing block, emissions attributable to construction and maintenance account for 51% of the building’s total carbon emissions.

Making buildings energy efficient to operate has long been a priority. But in most places, government policies for low or zero-carbon buildings still do not fully – if at all – consider the so-called hidden or embodied emissions. These result from the extraction and production of building materials, such as cement, and the construction process itself. Green-building certification schemes too have long overlooked them.

Buildings today are usually built to last notably shorter periods of time than they used to be. If the typical lifespan of a traditional building of stone, brick and timber saw first repairs needed after 60 years, modernist buildings have deteriorated twice as fast. Significant carbon savings could be achieved by returning to more robust and adaptable construction.

When the built-to-last principle proves impractical, however, buildings designed for a shorter lifespan can still be made more sustainable, provided a whole-life carbon approach is adopted and the components and materials used are easy to dismantle and reuse.

A surge in innovation in recent years has seen a rise in the use of wood and other bio-based materials and sustainable design principles, from the circular economy to the idea of “cradle-to-cradle” production and manufacturing, which defines waste as a resource and aims to perpetuate recycling. 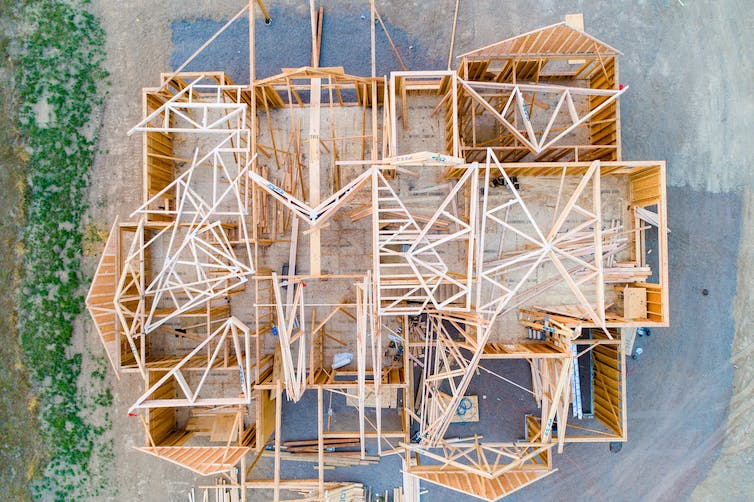 Sustainable building materials can only go so far in reducing the sector’s emissions. Avel Chuklanov on Unsplash, FAL

L'Innesto in Milan, for example, has been promoted as a showcase for the city’s sustainability strategies, and is set to be Italy’s first zero-emissions social housing. This project ticks all kinds of boxes: construction will involve minimal soil excavation and bio-sourced building materials with lots of greenery and very little space for cars. Internal heating systems will be powered by renewable energy sources – and more.

The problem, though, is that even L'Innesto will only be fully carbon-neutral 30 years after its construction. The project, like many others, relies on carbon offsetting to achieve its zero-carbon credentials.

When the French architects Anne Lacaton and Jean-Philippe Vassal won the Pritzker Prize this year, their victory was hailed as a turning point. They have earned a reputation for turning down commissions or proving to city councils why refurbishment would be better – and cheaper – than building something new.

They remain outliers though. For the most part, building greener still involves actual construction.

Make no mistake. Green projects such as L'Innesto becoming the norm would be a big step forward. But there is no getting around the fact that three decades to carbon neutrality is a long time in the fight against climate change.

This is the industry’s inconvenient truth. The climate crisis is, in no small part, a product of our voracious appetite to build. It is not something, as climate activist Greta Thunberg has pointed out, that we can simply build our way out of. We cannot afford to only build greener. We need to build less.