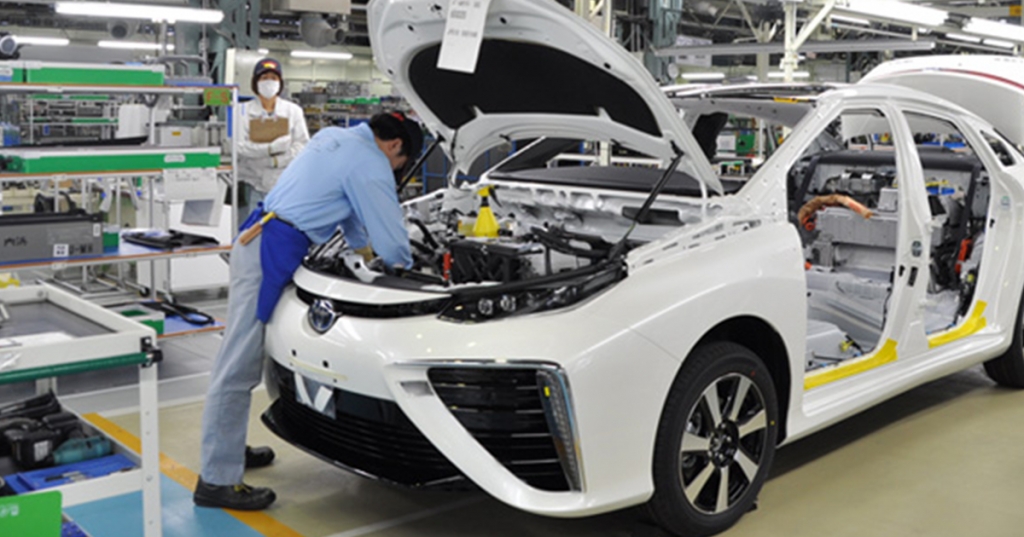 Toyota had to halt production at a few of its Japanese factories because parts were hard to get by during the lockdown.

Toyota Motor Corp's domestic output dropped 28.5 percent to 144,204 vehicles in May from a year earlier, declining for the third straight month due to a global chip shortage and a parts supply crunch caused by Shanghai's COVID-19 lockdown.

According to a major Japanese automaker, the pace of decline was the highest since January, when domestic production plunged 32.2 percent from the prior year.

Toyota had to halt production at a few of its Japanese factories because parts were hard to get by during the lockdown.

After floods in South Africa impacted its manufacturing, Toyota reported that its overall output in May decreased 5.3 percent from a year earlier to 634,940 units, falling short of its production goal of approximately 700,000 automobiles.

Although the lockdown in Shanghai was lifted on June 1, the difficulty in obtaining parts from the Chinese metropolis is still having an impact on Toyota's manufacturing.

Rivals Nissan Motor Co. and Honda Motor Co. increased operations at their plants, which resulted in a large increase in domestic production in May compared to a year earlier.

Conversely, Honda's global production decreased 14.5 percent to 244,368 units as a result of the chip scarcity and Shanghai's lockdown.

Nissan's global output increased by 1.7 percent to 231,732 cars, the first increase in 11 months, despite the chip shortage, thanks to strong domestic manufacturing.

According to industry data, the total domestic production of eight major Japanese automakers—including Toyota, Nissan, and Honda—fell by 16.0 percent in May to 396,433 vehicles as a result of the worldwide components shortage.

Their global output of 1.62 million units decreased by 0.2 percent.