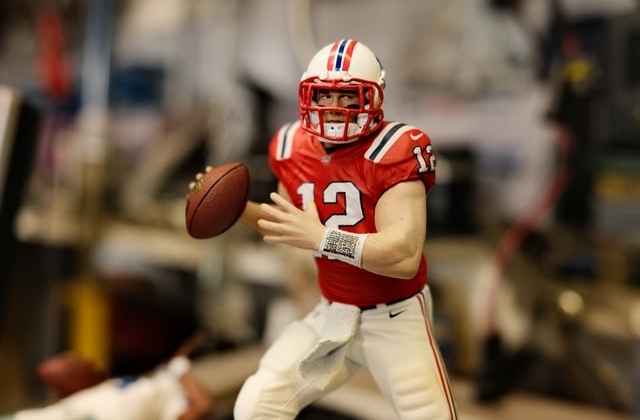 Tom Brady, the National Football League superstar, has a new business and he has now ventured into athletic clothing retailing. In the past, he has been endorsing a number of apparel lines but now he has launched his own brand.

Tom Brady announced the launching of his own clothing brand on Wednesday, Jan. 13. It was also revealed that he also recruited many college athletes to endorse his brand that is simply called "Brady." He signed a deal with them to further promote his new line to various age groups.

It was reported that Brady signed a deal with at least nine athletes to brand ambassadors such as Cade McNamara, a Michigan quarterback; Shedeur Sanders, Jackson State quarterback; and George Pickens, a Georgia wide receiver. They were able to ink a deal for the endorsement with Tom Brady after the National Collegiate Athletic Association (NCAA) has allowed them to profit off their own names, images, and likenesses.

Furthermore, the superstar quarterback also signed on college athletes from other sports fields. He has hired two top tennis players - Andrew Fenty of the University of Michigan and Patrick Zahraj of UCLA.

Today’s the day. 3 years in the making. @bradybrand is live! Hit the link to get yours!! https://t.co/BbImNcB9Ij pic.twitter.com/7op2iNGsu7

According to Fox Business, the new athletic apparel line is selling "technical apparel for training and living" and the items have prices ranging from $20 for socks to a parka that costs $395. Brady was said to have teamed up with Jens Grede to create his athletic label.

Grede is already known to have built three fashion empires that are now worth multimillion dollars. Two of its clients are the famous reality stars Khloe and Kim Kardashian. Brady's line will have Dao-Yi Chow as its creative director.

"I thought about launching an apparel brand for a lot of years and we wanted this one, with Jens and Dao, to be perfect," the football star told WWD in an interview that was published earlier this week. "We wanted to be sure we really nailed it and got it right. I am closer to the end of my football career but at the same time, I want to do things that are fun."