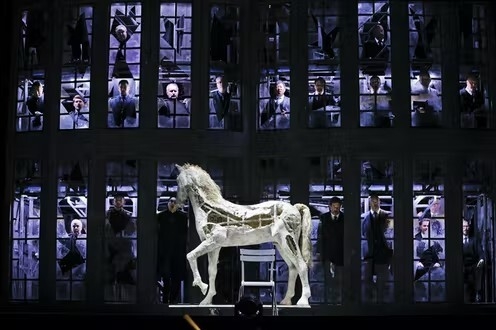 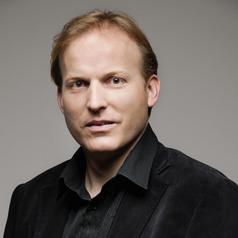 The casting of German singer Jonas Kaufmann in the title role has been universally praised. Kaufmann demonstrates to the hilt the kinds of vocal skill and dramatic artistry that have led him to be considered by many to be the greatest tenor in the world today.

The staging, however, has not been received so positively.

The opera is directed by Frenchman Olivier Py, in a co-production with the national opera of Belgium, the Théâtre Royale de la Monnaie in Brussels.

Wagner drew inspiration for Lohengrin from Wolfram von Eschenbach’s 13th century rendering of the legend of the Knight of the Swan, alongside actual events from the foundation years of the Holy Roman Empire around the 10th century. 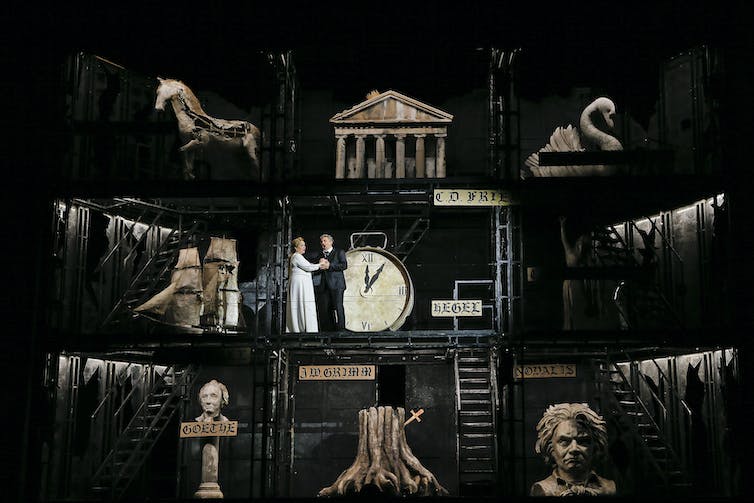 In Cy’s rendering, however, we are presented with an apocalyptic post-World War II landscape where death reigns. Graffiti daubed on walls quotes from Paul Celan’s poem Todesfuge (1945). Other scenic interpolations are drawn from esoteric Nazi iconography – such the Celtic Cross and the Black Sun (Schwarze Sonne).

This is not unusual. Over the past 80 years or so, operas have increasingly been reframed to provide a vehicle for commentary: either on the composer and society that created them, or on our own times. The original plot and setting is something to be riffed off, rather than revered or reproduced.

In Europe, useful background and context for these interpretative overlays is usually provided to the audience through accompanying program essays.

In Australia, we seem to be missing out on such outreach.

This kind of opera production is commonly known in opera circles as Regieoper, or director’s opera.

The most influential early practitioner was Richard Wagner’s grandson, Wieland Wagner (1917–1966). In the years immediately after the second world war, Wieland tried to distance his grandfather’s operas – and the festival theatre he built for them in Bayreuth, Germany – from their prominent appropriation by the vanquished Nazi regime.

Typically, he substituted the naturalistic settings of the original works with minimalist stagings that foregrounded their underlying psychological meanings.

A 1973 performance of Wieland Wagner’s 1951 production of Parsifal for Bayreuth.

Subsequent Regieoper directors have been more interested to draw our attention precisely to the historical and ethical fault lines in these (and other) operatic works. Such productions commonly ask the audience to reassess the value (and values) which may have been simply presumed in the opera’s original staging.

Melbourne-born director Barrie Kosky’s 2017 production of Wagner’s Die Meistersinger von Nürnberg is a celebrated recent example. Here the opera’s plot – based around a medieval music competiton – is re-framed to put aspects of the composer’s infamous antisemitism on trial.

But such directorial interventions rely on the presumption that audiences are already aware of the history and context of the original.

In the case of a German opera-going public watching a German opera, this may be a reasonable assumption. In Australia, arguably, it is less so.

The importance of the program essay

In many other countries, helpful background information and context is offered to audiences in the accompanying program.

It seems folly to assume a Melbourne audience will instinctively be able to appreciate how an 1848 opera based on a German medieval fable might serve as a commentary on events from 1945.

When this Lohengrin opened at the Théâtre Royale it was accompanied by substantial program essays that detailed not only why the Lohengrin story first attracted the attention of its notoriously politically minded composer, but also why Py now saw fit to link the work to Germany’s more recent past.

No such explanatory material was found in the program supplied by Opera Australia.

An otherwise fine essay by Wagner scholar Heath Lees provided some general historical background, but it offers no bridge between the work and what the audience now sees on stage. No mention was made, either, of the remarkable first Australian performances of Lohengrin in Melbourne in 1877. 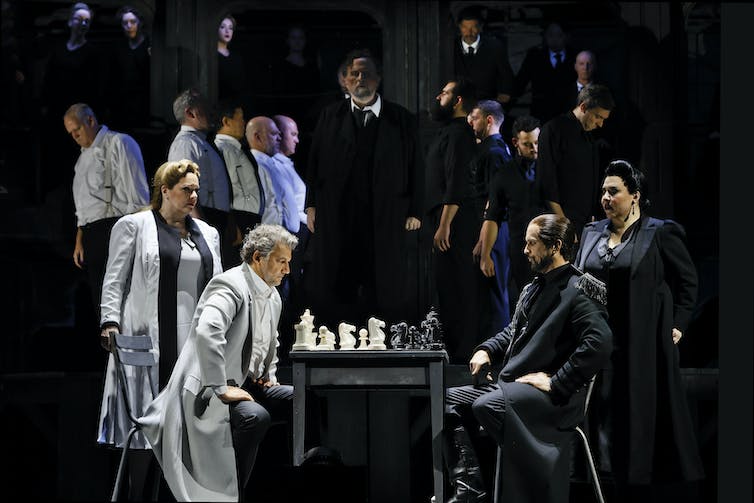 The production’s symbolism was explained in extensive program essays at its run in Belgium. Jeff Busby/Opera Australia

As much as the opportunity to witness Kaufmann’s vocal mastery might yet have been “enough to justify the price of the tickets”, Opera Australia does the art form no favours if it gives the impression it is first and foremost just a vehicle for a vocal superstar.

Ironically, such an impoverishment of theatrical, and indeed social, ambition for opera was a danger that Wagner himself famously rallied against.

Opera Australia should have enthusiastically seized the opportunity to educate its audience about why this production took the form it did. Its public role, after all, should not be just to entertain us, but also to inform and at times – as Regieoper seeks to do – challenge us.

By actively helping to set the scene, as it were, Opera Australia can also show how historic works like Lohengrin – nominally separated from our everyday lives by content, time or place – can still speak meaningfully to us, whether or not they are presented in a “traditional” or Regieoper garb.

Heritage art forms like opera ought to be able to sit comfortably alongside cutting-edge contemporary work as part of a fully rounded national culture but audiences should always be encouraged to understand and engage with that heritage critically.

Ultimately, encouraging a healthy and honest dialogue between our various pasts and our multifaceted present is one sure way we have to imagine a better future.