‘The Winds of Winter': Will George RR Martin publish the novel on his promise date? Author admits he needs more time finish ‘TWOW’ 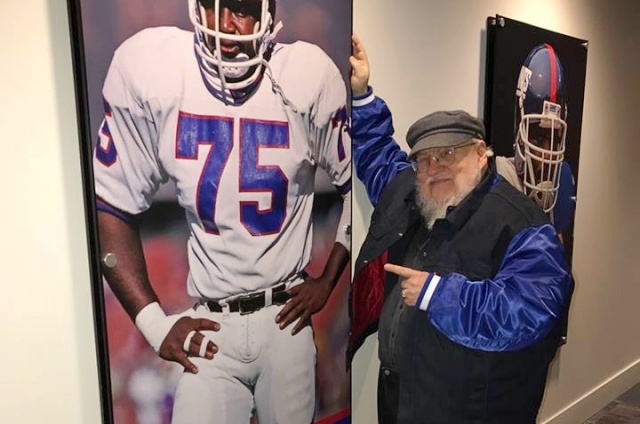 “The Winds of Winter” is the sixth book in George RR Martin’s “A Song of Ice and Fire” book series where HBO’s “Game of Thrones” was based on. The TV series has ended already, but unfortunately, the novel is still on the work table.

Although Martin initially wants to complete all the seven books in the “ASOIAF” series before “GoT” concludes, he failed to do so because the TV version caught up with him. What’s more, he already postponed “TWOW” release date many times in the last eight years which only means that he’s struggling to complete manuscripts and he recently admitted that he is indeed having a hard time.

Last year, as people keep asking for the exact release date of “The Winds of Winter,” the author told his fans that he will not say a date anymore because he always failed to meet the deadline. But a few months ago, an ad from New Zealand’s airline prompted the author to make a promise once again and revealed a July or early August 2020 release date.

“If I don’t have ‘THE WINDS OF WINTER’ in hand when I arrive in New Zealand for Worldcon, you have here my formal written permission to imprison me in a small cabin on White Island, overlooking that lake of sulfuric acid, until I’m done,” Martin wrote on his blog in May. The event that he mentioned here was scheduled for July 29 to Aug. 2, 2020, so these are the possible dates for the release.

The question is, could he keep his promise this time? In his blogpost, he seems determined to write faster this time and focus only on “The Winds of Winter” so it will be finished already.

Martin says he needs more time to write his book

In an interview with The Guardian, the author explained once again why “The Winds of Winter” is not out yet. He explained that one of the reasons was the pressure to finish the novel series before “GoT” concludes and this is why when the show ended, he felt that a burden had been lifted from his shoulders.

Martin shared that he thinks that trying to catch up with “GoT was not good for him because it’s the very thing that has actually slowed him down. He added that he “needs more hours in the day and more days in the week and more months in the year because the time does seem to go very fast.”