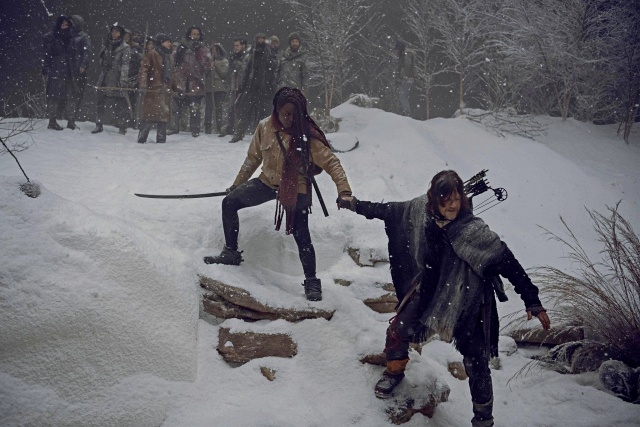 Photo by: The Walking Dead/Facebook

“The Walking Dead” season 10 received a green light from AMC, and now its production is underway. Filming has started, and it was revealed that Michael Cudlitz is set to return although his character as Abraham Ford was already killed off in season 5 when Negan struck his head with a baseball bat. While his character could easily be brought back, the actor stated that he would be returning as a director instead of an actor.

Cudlitz announced his directorial comeback for “The Walking Dead” season 10 via social media. On May 14, he tweeted: “Headed to Atl to direct my second ep. of #twd tomorrow. Could not be more excited.”

Apparently, filming for “The Walking Dead” season 10 is currently being held in Atlanta, and as can be seen in his post, he already directed one episode of “TWD” season 10 and this is his second. Cudlitz ‘s directorial debut in this zombie drama series took place in season 8 episode 7 titled "Stradivarius" so he is comfortable on the set - behind the camera.

Describing his debut as a director in the series that he has been starring in, Cudlitz said that it was “best of both worlds.” Speaking with The Wrap, he said, “The great thing about directing the cast was that the cast is changing now, so I had a wonderful experience about being able to direct, basically half of my cast was brand new and the rest were people that I have longstanding, amazing relationships with.”

At any rate, while Cudlitz is returning, Danai Gurira will not be seen throughout the “The Walking Dead” season 10 anymore. In February, the actress announced that she would be leaving the show. She signed with AMC to appear in just a few episodes in the upcoming installment. Meanwhile, the tenth season of “TWD” is expected to premiere in October.