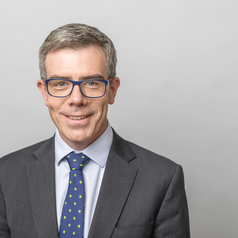 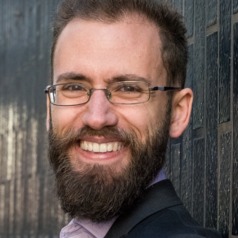 The US state of Texas has this month experienced some of its coldest weather on record. Houston recorded a temperature of -10.6℃, which is around 20℃ below average. And Dallas-Fort Worth recorded its lowest-ever temperature of -18.9℃.

It appears Texas infrastructure was not designed to deal with such extreme low temperatures. The cold snap caused chronic electricity and water shortages, and a major disaster has been declared.

The consequences have been bleak. Dozens of people have died and others, especially the vulnerable, have been left shivering in their homes.

Australia does not generally experience such cold winter temperatures. Yet our electricity systems are also vulnerable to climate change, extreme weather and power outages. So, there are valuable lessons to be learned from the Texan disaster.

What happened to the power system in Texas?

Essentially, the freezing temperatures appear to have caused power generators to fail while, at the same time, electricity demand reached a new record winter peak of 69 gigawatts.

It’s understood that due to the extreme weather, up to 46 gigawatts of electricity generation was unavailable, spread across many types of generators including thermal (coal, gas, and nuclear) and renewable (wind).

With record demand and failing generators, the system operator was forced to cut power to homes and businesses on a rotating basis. Up to 20 gigawatts of customer demand was unmet due to these outages.

The Texas power grid is not well connected to those in neighbouring states, and so could not draw electricity from those power systems.

For millions of people in Texas, this meant they were without power in freezing conditions and essential services such as hospitals experienced critical issues, including water outages and hospital bed shortages.

The Texas crisis serves as a warning to the world. Here are three lessons for Australia.

Lesson 1: We must prepare our electricity system for climate change

We may not experience extreme cold weather events, but increasingly challenging summers will bring high temperatures, heatwaves, floods and bushfires.

We only have to think of last summer and the extreme stress put on our power system due to bushfires, which led to blackouts in various towns across the east coast.

As US-based energy expert Fereidoon Sioshansi noted to us this week:

With climate change, we need to revisit our outdated assumptions about resilient grid planning in Texas and places such as Australia.

And greater interconnection between the states would provide more resilience to extreme weather, allowing states to provide energy to other states whose power supplies are damaged by extreme weather.

Like Texas, Australia’s east coast market — called the national electricity market (NEM) — is an “energy-only market”. This means generators get paid only for the energy they produce, not the capacity they make available to supply electricity in the future.

The issues in Texas have led to discussion among economists and politicians about whether Texas needs a “capacity market”, where generators get paid for the capacity they make available. They say a capacity market would make the system more reliable.

But we believe this is misguided for three reasons.

First, a capacity market would not have changed the outcome in Texas because no one anticipated a scenario like this (see Lesson 1!).

Second, a capacity market in Australia is likely to be used to support existing, ageing, unreliable coal-fired plants, because they are already in the electricity system. Coal-fired plants are inflexible — they’re slow to respond to signals to produce more electricity. This means they’re more likely to detract, rather than add, resilience to our system.

Instead, we need flexible options that respond much faster to high electricity demand. These include technologies like battery storage, gas-fired peaking units (which run only at peak demand) and pumped hydro.

But this flexibility isn’t rewarded under a capacity market, because capacity would be paid for irrespective of whether electricity production can be turned on quickly (or not).

This involves providing incentives to customers to reduce electricity use at short notice when power supplies are low. Generators and customers that can rapidly respond to challenging conditions are paid in this separate market (but only when necessary).

Australia’s regulators are currently considering whether to introduce this type of market. While Texas has a similar scheme, it focuses on creating higher prices to encourage spare capacity, rather than paying consumers and generators to make electricity available if needed.

Lesson 3: We need to do our fair share and decarbonise our electricity system rapidly

Allowing renewable energy generators to export their greenhouse abatement to other sectors would underpin faster decarbonisation and greater investment in new electricity supply.

Australia has always been one of the most fragile continents when it comes to the effects of climate change. We need to prepare our electricity system to be resilient to more extreme weather.

But we also need to rapidly scale up the decarbonisation of our electricity supply to ensure Australia plays its part in reducing global greenhouse emissions.