Suri Cruise reportedly targeted by kidnappers; Tom Cruise and Katie Holmes terrified as their daughter is in danger 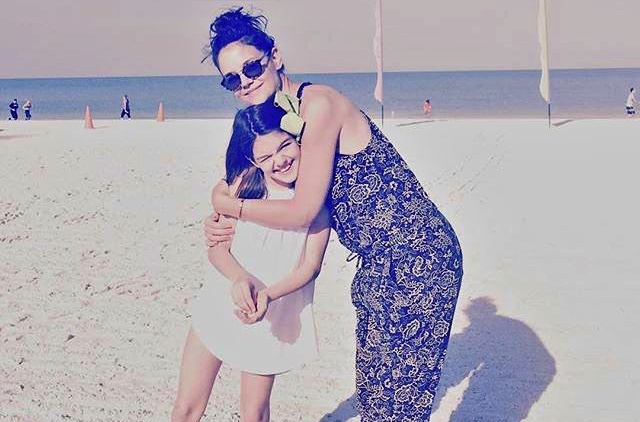 Suri Cruise is allegedly in grave danger after it was revealed that she had become a prime target of kidnapping for ransom. To this discovery, Tom Cruise and Katie Holmes are said to be very worried and panic-stricken as they try to protect her from danger.

In an article that appeared in the National Enquirer titled “Suri Cruise Kidnap Nightmare!” alleged that Tom and Katie are going crazy already as the police enforcement experts in New York already warned them that their daughter is vulnerable of being abducted while she wanders around the streets of the Big Apple. It was mentioned that private investigator Paul Heubl told the tabloid that the teener always traverse the city in expensive fashionable outfits and everyone knows that she is the daughter of Hollywood stars so she literally “invites” criminals to abduct or rob her on the streets.

“Kidnapping is the worst nightmare for any parent,” Peter Gleason, former New York police and criminal defense lawyer supposedly told the tabloid. “Tom and Katie have reasons to be terrified it could happen to Suri!”

It was said that Gleason even shared that if bad people kidnap Suri Cruise, they may ask for at least $1 million ransom. Heubl advised Tom Cruise and Katie Holmes to provide security for their child and cited the time when the 13-year-old was spotted on the sidewalk with her $4,000 Chanel bag as one of the examples that the kid is put at risk from people with criminal intentions.

He added that Suri Cruise should also be taught about the dangers she could encounter on the streets. The security experts allegedly went on to suggest some forms of security that Tom and Katie could use for their daughter, like giving her a tracking chip and more.

To verify if this story is legit, Gossip Cop reached out to Katie Holme’s side, and it was her representative who took the questions that GC would like to ask. They were told that the National Enquirer story is non-sense because Suri Cruise has her own security personnel.

The rep explained that when paparazzi photographs the teener, they don’t usually include her security or they may not be visible in the pictures, but they are there with her. Finally, the fact-checking site pointed out that although the comments of the police experts in the article could be accurate, they may be talking about other cases or kidnapping in general and the tabloid just made it appear like it was about Suri Cruise thus the article is misleading.