‘Steven Universe’ Season 5 Episode 26 Air Date, Spoilers: When Will the Series Return? Steven and the Gems Travel to Homeworld 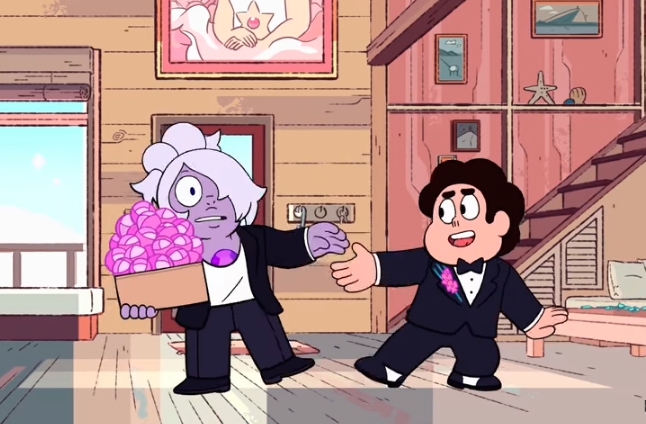 “Steven Universe” season 5 episode 26 is not yet out and despite the long wait, fans continue to wait for their favorite animation. While some are patiently waiting, others are worried and think that it might have been canceled because it seems like ages already and the series is not back on TV yet.

Well, there is no need to panic since the show’s creator, Rebecca Sugar, previously confirmed that the next episode has already been planned and underway. With this said, it has been predicted that “Steven Universe” season 5 episode 26 will be ready for broadcast soon.

Why the 26th episode of “Steven Universe” is delayed?

Based on fans’ discussion on Reddit, many fans shared that they believe the reason for the series’ hiatus is the production of “Steven Universe: The Movie.” This is the longest gap that fans had to wait for the next episode and because the producers have previously announced the show’s movie version, most people assumed that the work to produce the film had slow down the progress for creating “Steven Universe” season 5 episode 26.

The Steven movie was announced during the San Diego Comic-Con in July and Sugar mentioned that the film would feature the same voice cast members as in the TV version. As mentioned on Den of Geek, the trailer of the movie was also presented to the thrilled fans who were at the event to support the animated series and its actors that include Zach Callison, Estelle, Michaela Dietz, Shelby Rabara, and Deedee Magno Hall. See the movie trailer below:

In any case, when “Steven Universe” season 5 episode 26 returns, it will continue where episode 25’s “Legs from Here to Homeworld” ended. In other words, the viewers will know what happened next after Steven showed the outcome of the Gem War to Blue and Yellow Diamonds. Pink Diamond’s revelation will also be highlighted and these events seem to suggest that it the 26th chapter would be very chaotic.

Moreover, Steven will go to Homeworld with Crystal Gems and Connie in order to find White Diamond and ask for some help. The gang wants her to heal the corrupted Gems so that the world would be saved. The question is, will the Gems and Steven be triumphant in saving the universe?

“Steven Universe” season 5 episode 26 has no release date yet but according to OtakuKart, there is a chance that episode 25 is coming in November or December. If this will be the case, then the next chapter could come in early 2019.