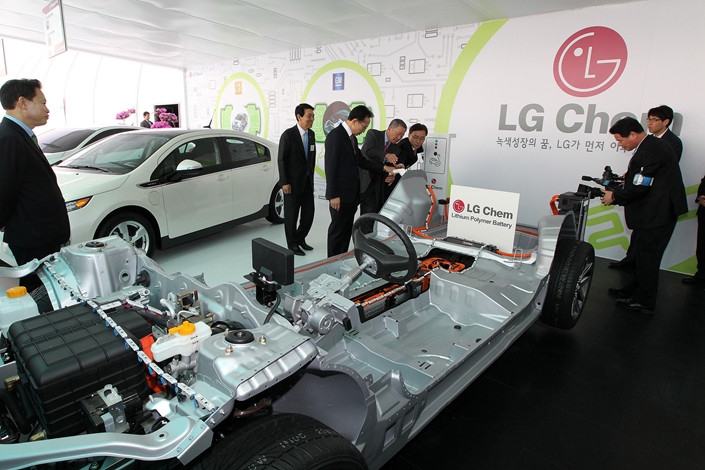 LG Chem's plan is to create a world-class energy solution company with the battery business and to raise shareholders' and corporate values.

According to the NPS, LG Chem's spin-off plan could undermine its shareholder value.

The NPS is the second-largest shareholder of LG Chem, the country's leading chemical company, with a 10.2 percent stake.

LG Chem's minority shareholders have cast similar views, claiming that their investment would be meaningless if the battery business is separated.

LG Corp. and affiliated persons own 34.17 percent of the company as of the end of June, while investors with less than 1 percent stakes, including foreign investors, hold a combined 54.33 percent.

The spin-off requires approval by over two-thirds of shareholders in attendance and by one-third of outstanding stocks.

While industry watchers say that the possibility of disapproval cannot be fully ruled out, the proposal would unlikely be rejected unless all foreign investors, whose combined shares are about 40 percent, oppose it.

LG Chem wanted a spin-off to better cope with the growing demand for electric vehicle batteries.

The company said the plan is to create a world-class energy solution company with the battery business and to raise shareholders' and corporate values.

The planned entity is tentatively dubbed LG Energy Solutions to be wholly owned by LG Chem.

LG Chem posted a record-high operating profit of 902 billion won in the third quarter, up 158.7 percent from the previous year, due to robust sales of its EV batteries and petrochemical units.