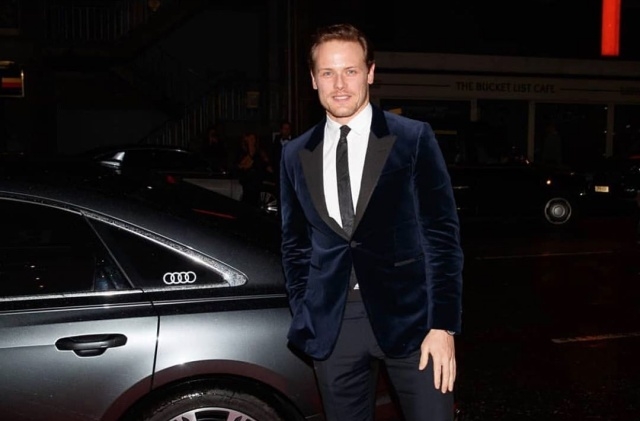 Sam Heughan and Caitriona Balfe are gearing up for the upcoming premiere of the fifth season of their “Outlander” show, In between their promotional schedules for their Starz’s drama, both artists also make appearances on awards ceremonies and other social functions attended by most celebrities.

Recently, Heughan attended the Walpole British Luxury Awards on Nov. 18 and it was an event held at the Dorchester in London, England. He looks dashing in his suit but what caught the most attention that night is the fact that she was spotted hanging out with Princess Diana’s niece Lady Kitty Spencer.

According to Just Jared, Caitriona Balfe’s co-actor in the “Outlander” season 5 drama appeared to be cozying up with Spencer and people wonder if they are really close. Lady Kitty Spencer rings a bell because she is Prince Harry and Prince William’s first cousin who has been active in the social circle involving movie stars and the elites.

Then again, while many people may link Sam Heughan and Spencer after seeing them together, it should be noted that the princes’ cousin is already rumored to be engaged to Michael Lewis, a fashion mogul. Caitriona Balfe’s other half in “Outlander” seems to show that they were just an acquaintance when he did not even mention Lady Kitty when he updated his IG about the awards ceremony.

“Honoured to present the Best British Luxury @Walpole_UK Award to non other than the amazing @alfreddunhill!” he wrote. “Terrific evening and congrats to the timeless and forward thinking.”

Meanwhile, since the fifth season of “Outlander” is coming really soon, Catriona Balfe teases fans a bit by revealing something about her character. In her interview with Collider, she disclosed that her character, Claire Fraser, has many “challenging material” that the viewers should watch out for. The actress added that she and Sam Heughan really love this season’s filming because they “found ways to continue to push the boundaries” which means they are going all-out and exploring everything they can do to make the show more beautiful.