‘Kingdom’ chapter 655 release date, spoilers: Episode recap and what to expect in the next chapter

Sam Heughan, Caitriona Balfe 2018: ‘Outlander’ Actress Shows All-Out Support for Co-Star as He Appears in ‘The Spy Who Dumped Me’ 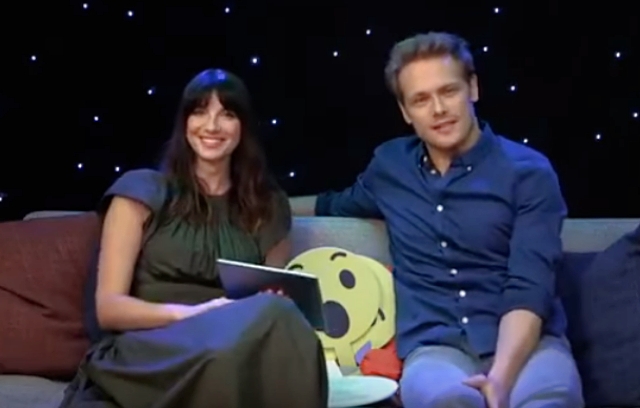 Sam Heughan stars in a new film titled “The Spy Who Dumped Me,” which premiered not long ago. Now, the “Outlander” actor is getting lots of love from his co-stars and colleagues as they show their support via social media.

His “Outlander” co-star Caitriona Balfe was one of the first to congratulate him on the success of the comedy film. She also praised Sam Heughan for his great performance.

Via Twitter, Caitriona Balfe let her followers know that she already watched “The Spy Who Dumped Me.” Then she wrote, @SamHeughan knocked it out of the park and #MilaKunis and #KateMcKinnon are two seriously funny, talented women that I need to go on a night out with.”

In reply, Sam Heughan simply wrote, “You are the best!” and added two kissing emojis which fans found cute.

This is not the first time that the two stars, who play a married couple in “Outlander,” had a sweet exchange on social media. In fact, just last week, fans went crazy when Sam Heughan sent an “I Love You” message to his on-screen wife via Twitter, as per EconoTimes.

Fans want them to end up together in real life, just like their characters in “Outlander,” a couple who shares a very passionate love that transcends time.

Meanwhile, “Outlander” writer Diana Gabaldon also let Sam Heughan know that she already watched the movie he stars in. Like Caitriona, she was all praises for the actor.

“Saw it this afternoon! Amazing choreography and hilarious acting (so much more fun than working...)! @SamHeughan #MilaKunis #KateMcKinnon worked together like a trio of crazed billiard balls,” she wrote.

Sam Heughan’s role in “The Spy Who Dumped Me” is very different, far from his character in “Outlander,” but nevertheless, he delivered very well.

Meanwhile, Sam Heughan and Caitriona Balfe are going to be back in “Outlander” season 4. Starz revealed that the time-traveling historical drama is set to premiere in November.