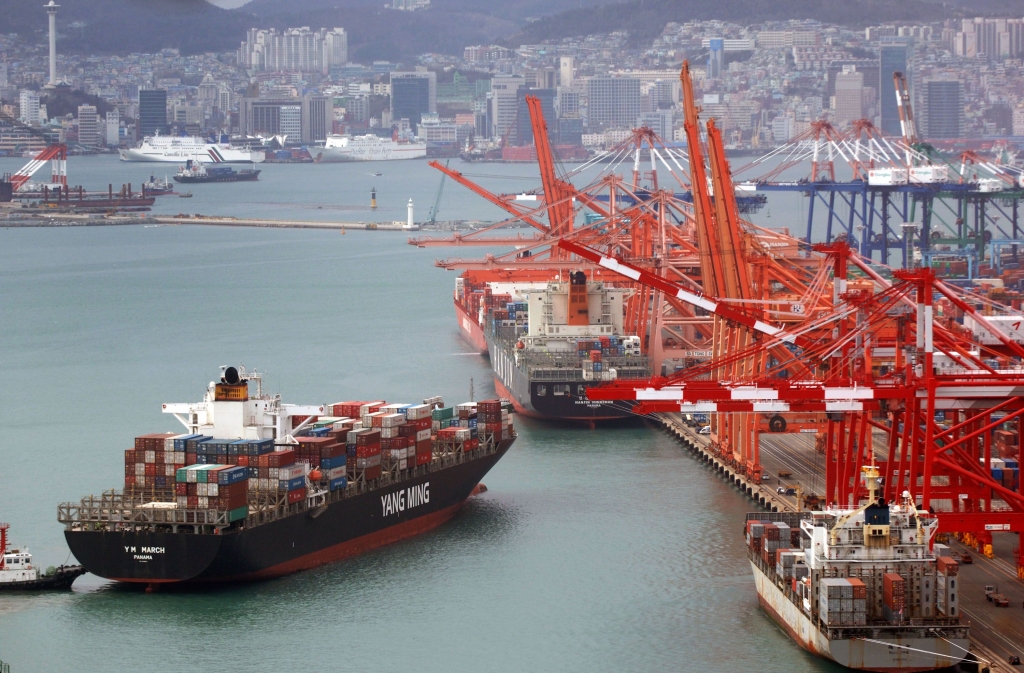 South Korea's exports soared 81.2 percent on-year to $12.5 billion in the May 1-10 period from $6.9 billion a year earlier as global economic recovery kept robust the shipments of chips, autos, and petroleum goods.

The 51.5 percent on-year increase in imports to $14.6 billion resulted in a $2.1 billion trade deficit during the cited period.

Semiconductors accounted for about 20 percent of South Korean exports while autos made up around 7 percent of total exports.

Exports, which account for half of the South Korean economy, advanced 41.1 percent on year to extend their gains to a sixth consecutive month.

Last year, the country's overseas shipments came to $512.8 billion, down 5.4 percent from the previous year due to the fallout of the COVID-19 pandemic.

In February, the Bank of Korea revised up its 2021 growth forecast of exports to 7.1 percent from its estimate of 5.3 percent in November.