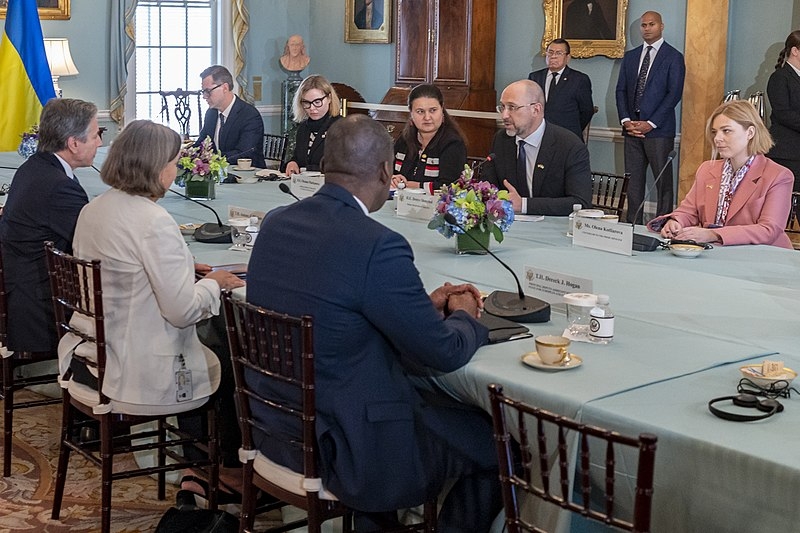 US Secretary of State Antony Blinken and Defense Secretary Lloyd Austin visited Ukraine during the weekend to meet with Ukrainian President Volodymyr Zelenskyy. Both Blinken and Austin have pledged to send more military assistance as Ukraine fights back against Russian forces.

Austin and Blinken’s visit to Ukraine marks the first visit by high-ranking US officials to the country since Russia announced its invasion of Ukraine in February. Blinken and Austin told Zelenskyy during their meeting that Washington will be providing over $300 million in military funding and approved a sale of $165 million worth of ammunition.

Both officials also said that President Joe Biden would be announcing his nominee to become the US ambassador to Ukraine, and US diplomats who left Ukraine would start returning to the country in the week ahead. The US Embassy in Ukraine is closed in the meantime.

Austin and Blinken announced a total of $713 million in military aid for Ukraine and 15 allied and partner countries. $322 million is marked for Kyiv.

Zelenskyy announced Blinken and Austin’s visit Saturday. Journalists who traveled with the US officials to Poland were not allowed to report on the meeting until after it took place and were not allowed to accompany Blinken and Austin on their visit to Ukraine and were prohibited to specify where in Poland they waited for the two officials to return.

Previously, Zelenskyy said that the chances of further peace talks with Russia in Turkey depend on Russian dictator Vladimir Putin, but Kyiv wants talks to happen in an effort to end the conflict that is already in its second month. The Ukrainian leader said during a press conference held at a metro station Saturday that “whoever started this war will be able to end it.”

Zelenskyy added that he is willing to meet with Putin if it would result in a peace agreement between both countries.