How to Become a Game Tester?

Private Jets Are More Popular Than Ever, Here’s What You Need to Know

How to Become a Shipping Agent 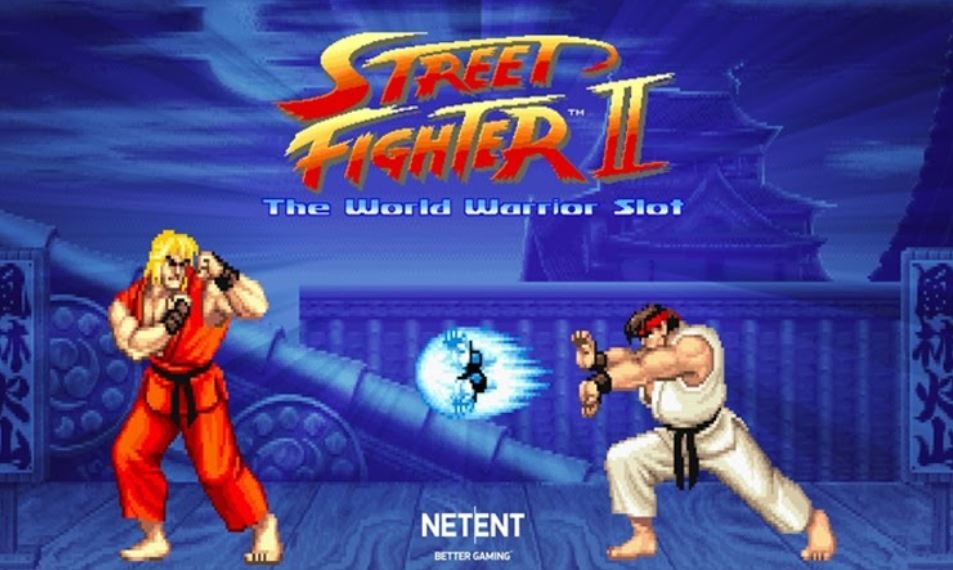 NetEnt, short for Net Entertainment is one of the most innovative iGaming developers, highly acclaimed for being a frontrunner in some of the most remarkable gaming technologies. One of the developer’s iconic moments in 2020 has been its release of the Street Fighter II: The World Warrior slot, in partnership with Capcom, the owner of the best-selling Street Fighter video game franchise.

Growing up, most of us have played the Street Fighter video games, and they are some of the fondest memories we have owing to the exciting and competitive nature of the games. In case you didn’t know, the Street Fighter was the first fighting video game where players were allowed to pick a character from a wide range of options, each character coming with distinct fighting styles and skills.

The game truly represented the preamble of special move sequences that defined the game’s exemplary gameplay. With every new release of the Street Fighter, the games were smashing hits starting from the first release of the title in 1987, to the ’90s all the way to the 2000s and beyond.

Owing to the level of undying nostalgia that the Street Fighter franchise holds, NetEnt moved to channel this wistfulness by paying homage to one of the classics, the Street Fighter II: The World Warrior video game. The revere slot machine developer transformed the video game to a stunning slot machine bearing the classic visuals, and threw in a range of interesting features to levels up the player experience and boost money-making opportunities.

A Fitting Tribute to an Iconic Video Game

While porting the video game to the online casino slot, NetEnt retained all the charm of the original title by adapting everything from the in-game characters to the dated 16-bit graphical interface. Fire up the reels of the game, and you’ll find all the 8 distinctive characters of the original video game, namely Ken, Ryu, Chun-Li, Zangief, Dhalsim, Blanka, Guile and E. Honda to represent the high-paying symbols.

Additionally, you’ll also come across bosses such as M. Bison, Sagat, Vega, and Balrog. All these characters are then joined by standard royal flush card symbols found in many NetEnt titles, ranging from J to A, as the low-value icons. 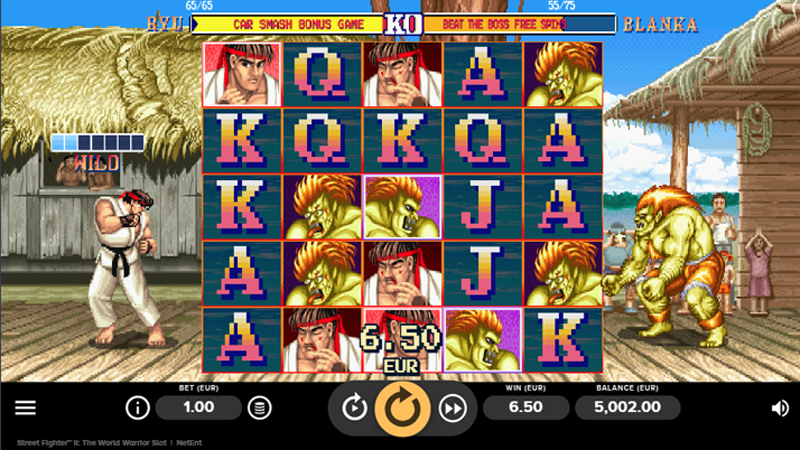 The graphics, soundtrack, commentary, gameplay, and animations defining the slot are a striking resemblance of the original title for ultimate authenticity. The only notable difference between this slot and the video game is the presence of a 5 by 5 grid with cascading symbols between each of the fighting players. Additionally, like all other video slots from NetEnt, Street Fighter slot demo is also available for free so that players can have a taste of the action without spending a dime.

To start playing, you are required to choose any of the 8 main characters, and then continue to a 25-payline, 5-reel slot game that offers you a wide range of betting options. The online slot offers bets for as low as $0.01 per payline, making it ideal for all budgets as long as you want to get your fix for the nostalgic gameplay. You’ll be required to match at least four identical symbols (or two scatters depicted by the game logo) on the reels to form a winning combination, and for every winning arrangement, the icons will disappear, and more will keep falling in from above. Let’s take a closer look at how the gameplay unfolds, spoiler alert - it is every bit as interactive as the original video game:

Like the smashing video game, you start by choosing one of the characters and, depending on the one you pick, your chances for earning payouts will be affected. For one, the volatility will vary on a scale of Win Often to Win Big, and the RTP will also change accordingly.

Moreover, each character can randomly bring in a different number of wild icons on the same row, reel, or at random positions on the reels. These wilds could also appear stacked horizontally or vertically. Here’s a quick highlight of how the characters will play out:

Whichever character you select, the table gets filled by one bar for every high paying icon you land in a winning arrangement. With each winning match, you’ll see your character of choice, making their fighting moves as they do in their original video game. Whenever the wild gauge bar fills up, the modifiers will become active as indicated in the table above.

Remember, for each round of play, you’ll be pitted against a random character after picking your player. If you lose at the end of the first round, the Car Smash bonus becomes active, adapted straight from the original video game. Depending on what you like, you can do the smash manually or take a shortcut with a ‘Quick Smash’ button to finish the level with anything from 5x to 15x your initial wager. After that, you’re at liberty to pick a new character or continue with the one you had.

If you win the first round, you’ll unlock the Beat the Boss Free spins round. Here, you can continue playing for as long as possible until you beat all the bosses: Barlog, Vega, Sagat, and M. Bison each coming with a 2x, 3x, 5x, and 10x multiplier, respectively. If you lose to any of the bosses, you are taken back to the first round, but if you prevail and beat all bosses, a payout of 100x your stake will be yours.

Like the original arcade video game, whenever you lose to a boss, you’re given one final making opportunity with the Insert Coin gamble feature, where you give up part of your payout to take another shot at the boss so that you can proceed further. Here, the RTP shoots to a whopping 98.7% to 100%, and you only get one chance.

Whether you play this video slot for fun or real money, you are going to have unforgettable moments, that will remind you how simple and amazing life was when you were growing up. Moreover, if you’ve never played an online slot before, but you are a die-hard fan of video games, this game is a good place to start your discovery of the thrilling world of online slots!

Other Iconic Brands Are Cooking

On top of the street fighter hotshot, NetEnt, the Stockholm-based casino games developer, is poised to roll out more branded game launches this year. The developer has already established arrangements to create two more online slots based on some remarkable media brands:

In 1998, Gordon Ramsay’s Hell’s Kitchen first adorned the screens in the UK, and till today, Ramsay has become a worldwide personality famed for his fiery, razor-sharp humour and boiling temper in the cookhouse. Net Entertainment wants to channel all this fame and personality to roll out a heavy-hitting online slot. We all can’t wait to see what the provider has in store for us!

Net Entertainment, the Swedish based iGaming developer has been a forerunner in gracing the ever-growing market with very delightful games, all running on the company’s trailblazing framework. To grasp how big NetEnt is, its gaming systems handled 44.7 billion gaming transactions in 2018 and at the moment, it boasts of over 300 amazing games in its online casino games portfolio, including the Street Fighter II: The World Warrior video slot.

Without a doubt, 2020 is going to be one of the most successful years for Net Entertainment, so much that the company will likely receive a couple of awards for the great work it has done this year alone. As we eagerly wait for more releases, there are a plethora of remarkable titles under NetEnt’s catalogues that you can take for a ride, all coming with immersive and innovative features.