NFT game ‘Axie Infinity’: How it rewards players with real money and how to start playing 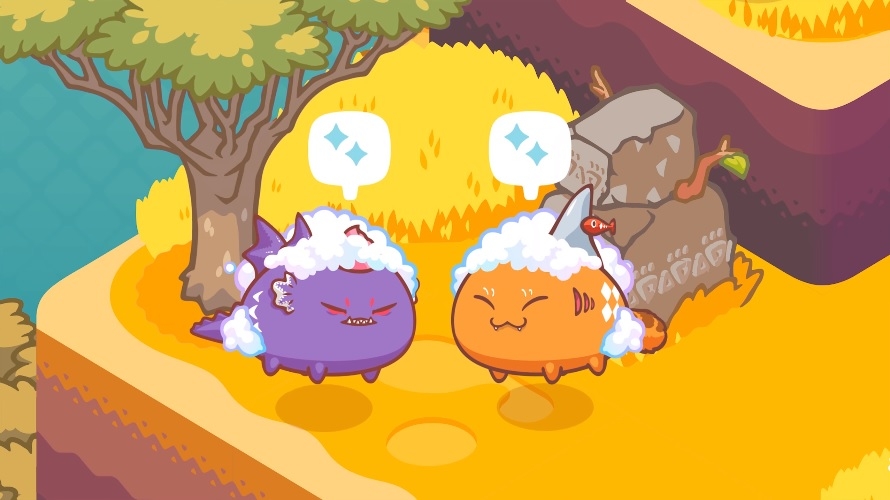 “Axie Infinity” is described most of the time as a play-to-earn title. While that is accurate, the way it rewards players is a little more intricate.

Its gameplay has similarities with popular battle-and-trade titles, and developer Sky Mavis actually describes “Axie Infinity” as a Pokemon-inspired game. Players start by acquiring the characters called Axies, which are practically digital pets. Axies can level up when they enter battles in Adventure mode or against other Axies in team-based matches in the Arena Battle mode.

Players are rewarded with Small Love Potions (SLP) each time they engage in battles and other in-game activities. The difference in “Axie Infinity” is that it uses blockchain technology with Ethereum-based digital currencies, and SLP is one of the ERC-20 tokens in the game.

While players can sell SLP, they may also want to store it because they will need it for breeding their Axies. Mixing different Axies produce offspring that can then be sold as NFTs to new and existing players. The other ERC-20 token in the game is the Axies Infinity Shards (AXS).

How to start playing ‘Axie Infinity’

Starting “Axie Infinity” is not as simple as downloading an app from a digital storefront and installing it on a phone or computer. The first step to start playing “Axie Infinity” is to set up a MetaMask digital wallet, where tokens will be stored. Sky Mavis recommends MetaMask because it is available on desktop and mobile and can be installed as a browser add-on. Aside from setting up a password, MetaMask will also provide a 12-word phrase private key that new users need to save.

Acquire ETH from cryptocurrency exchange platforms like the widely used Coinbase. The downside with Coinbase, however, is it is not available in many countries like the Philippines, where “Axie Infinity” has gained immense popularity in recent months. Luckily, there are other platforms available in more regions, like Binance and LocalCryptos. Then, set up a Ronin wallet and deposit the acquired ETH through the Ronin Bridge service set up by Sky Mavis.

The next part is one of the most crucial steps in starting “Axie Infinity,” and that is to acquire at least three Axies from the game’s marketplace. This is the required number of Axies to start playing. Before making a purchase, new players will need to log in or create an account on the marketplace. They can use their Ronin Wallet or MetaMask to log in, or they can set up an email and password.

Note that the value of Axies went up along with the popularity of the game. As of this writing, the costs of the three lowest-priced Axies being auctioned range from $256 to $301.

Once the Axies are purchased, download the game through the official “Axie Infinity” website by clicking the “Play Now” button on the upper right corner of the screen. The game is available on Android, iOS, Windows, and macOS.