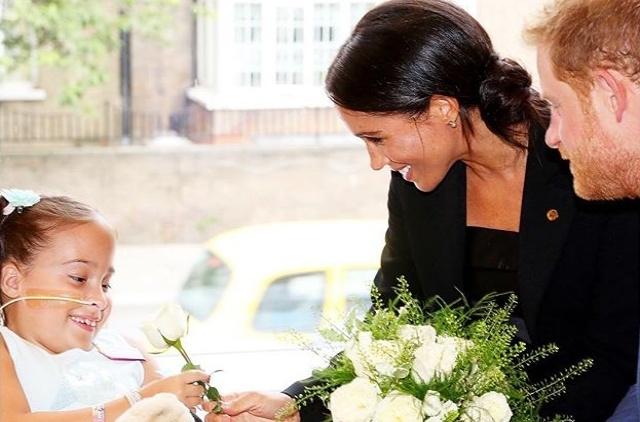 Meghan Markle and Kate Middleton are not in good terms and feuding since the former “Suits” actress set foot in the palace. Although the reports could be false, the rumors of their feud never cease; thus there are speculations that perhaps, there are truths in the stories, but the royal family is trying to conceal this conflict.

It was said that as Markle and Middleton continue to have a tense relationship, the former is relying on her celebrity friends for comfort and advice on how to handle such a situation. In particular, it mentioned that the Duchess of Sussex has been leaning on Rihanna, George Clooney and his wife Amal Alamuddin to get through with her problems concerning the Duchess of Cambridge.

Meghan Markle and her sister-in-law are allegedly only “acting” in front of the public whenever they need to appear together in events. They said that in reality, the two Duchesses do not see eye to eye and have a strained relationship, so once their activities are over, they are back to snubbing each other.

Ingrid Seward, the editor-in-chief of Majesty magazine shared how Markle and Kate Middleton’s feud may have started. She said that the former actress just came to the family at a really bad time and that was when Kate Middleton was pregnant.

“People forget Meghan is an LA girl so it is very different for her to suddenly come here (U.K.) and marry into the royal family. It’s very, very difficult,” Seward told Fox News. “I think Meghan thought she had an ally in Kate but everything happened so quickly and Kate was pregnant and unwell.”

The EIC added that when Kate had Prince Louis, she could not give Markle the attention that the former actress expected. This situation could be how their relationship started to sour.

In any case, Meghan Markle and the Clooneys are known to be close, so if her feud with Kate Middleton is true, there is a possibility that she will turn to them for advice or support. After all, the A-list couple has been providing advice on how to adjust to the royal life and childcare since she became pregnant, as per E! News.