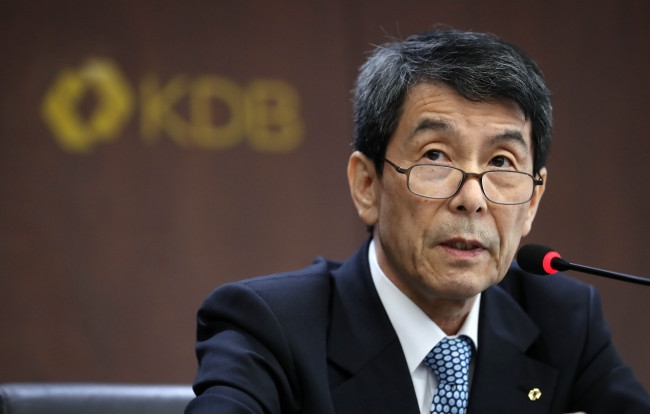 Korean Air Lines Co.'s acquisition of rival Asiana Airlines Inc. and subsequent streamlining of operations will result in an annual 300 billion won profit, according to the chairman of state-run Korea Development Bank (KDB).

Lee Dong-gull, chairman of KDB, Asiana's main creditor, the two carriers can hurdle the post-pandemic challenge in two to three years if they streamline their routes and reduce maintenance costs.

Hanjin KAL will then participate in a 2.5 trillion-won stock sale by Korean Air, with the funds to be used to acquire Asiana.

An injunction could keep the deal from materializing, placing Asiana again under the creditors' control.

The KDB will have a 10.66 percent stake in Hanjin KAL after investing the 800 billion won in the holding firm.

It would help Chairman Cho Won-Tae fend off attempts by an activist fund to take control of Hanjin KAL.

Upon completion of the deal, Korean Air will become Asiana's biggest shareholder with a 63.9 percent stake.