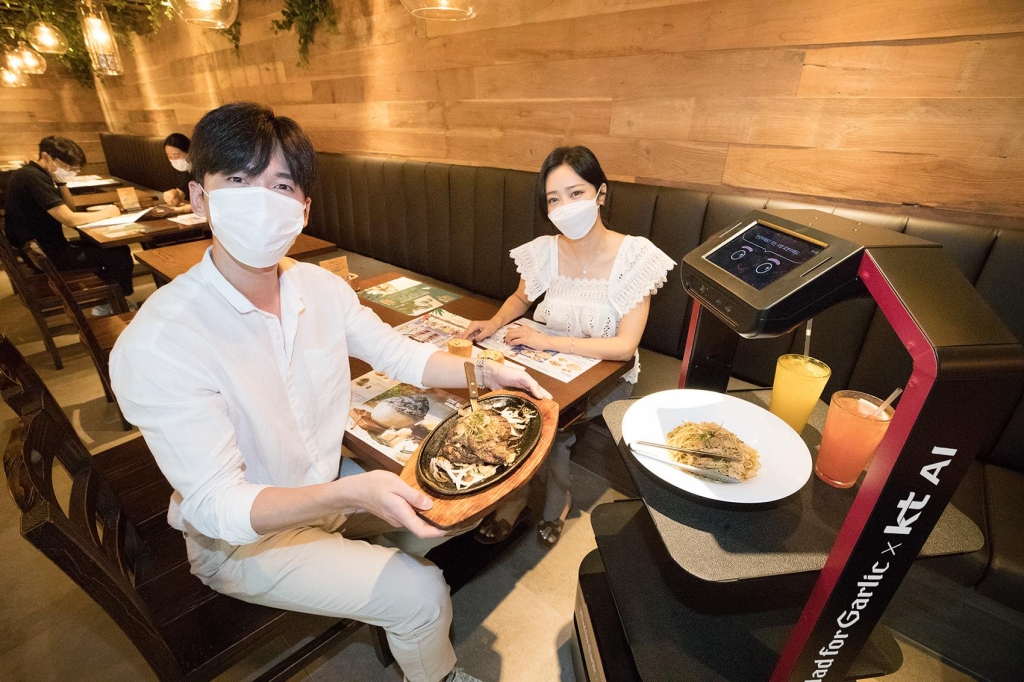 KT Corp., South Korea’s leading telecom company, is developing various AI robots as part of efforts to transform itself into the world’s No. 1 ICT platform.

The robot will feature basic movement, such as nodding and folding its arms and will be equipped with interactive content based on KT's smart speaker AI technology.

It can be controlled by voice command and provide exercise services for children and patient care services, including giving instructions for taking medicine.

Under the agreement, also signed by the nongovernmental organization,
Ashoka Korea, and Taiwan-based Nuwa Robotics C, the companies aim to release the companion robot in the first half of next year.

KT Corp., South Korea’s leading telecom company, is developing various AI robots as part of efforts to transform itself into the world’s No. 1 ICT platform.

It recently introduced an AI robot server at a Seoul franchise of Mad for Garlic, a major restaurant chain with branches nationwide.

The AI robot server is equipped with state-of-the-art software that features 3D spatial mapping and self-driving.

The programming, developed by KT’s Institute of Convergence Technology, enables the smart robot to maneuver around and between tables and chairs in serving customers.