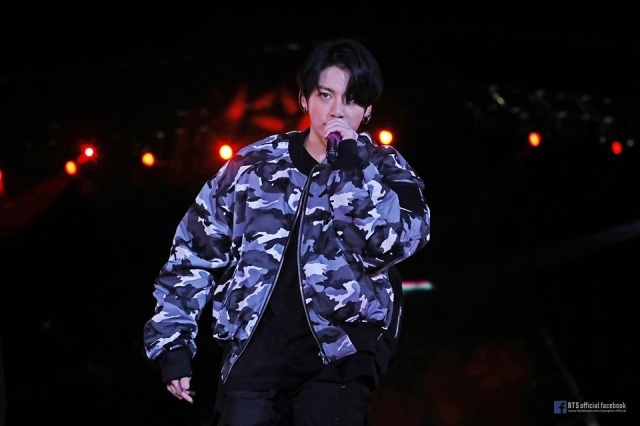 Jungkook is a South Korean idol singer who is part of the phenomenal boy band, BTS. He is one of the most popular members of the group; thus, people have a huge interest in him.

However, getting so much attention is not good in some aspects because many times, people go over the line and pry on the personal lives of celebrities, and Jungkook has been one of the victims for this offense. It can be recalled that in September, the 22-year-old got involved in dating rumors after footage of him, with a woman, in a karaoke bar, has been leaked online.

The Straits Times reported that there are also photos that were circulated on social media, and it showed Jungkook eating with a woman who was later identified as a tattoo artist. The incident happened in Geoje Island, at the time when BTS was enjoying their extended break following their world tour.

The CCTV clip created a big issue that even the woman with Jungkook suffered endless shaming from fans. The tattoo establishment where she works was also attacked by fans, so Big Hit Entertainment took action and sued the employee of the karaoke place for leaking the video.

Now, it seems that the case is moving forward as it was reported by Star’s Hankook Ilbo that the people who had a hand in distributing the footage have now been forwarded to the prosecution with recommendations for indictment.

The offenders are now facing charges

On Dec. 2, it was said that the Geoje police revealed they have already forwarded the case to the prosecution, and two people, including the karaoke bar employee, are on the charge sheet. They are being recommended to be formally charged for violating South Korea’s Personal Information Protection Act.

The woman who was with Jungkook is his friend, and it is true that she is a tattoo artist. However, even if the photos showed that the idol gave her a back hug, there is no truth that they are in a relationship. Big Hit Entertainment already clarified this before they filed the case against the leakers.