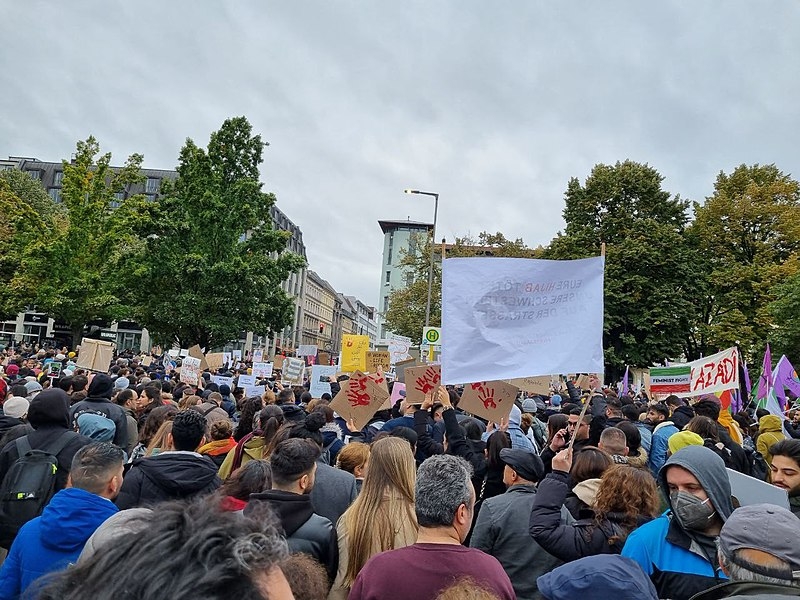 Several European Union countries are proposing new sanctions on Iran over its violent crackdown on the ongoing protests. The proposed sanctions would target those responsible for violently clamping down on the demonstrations over women’s rights.

A source from the German foreign ministry said Monday that Berlin, France, Denmark, Spain, Italy, and the Czech Republic have submitted 16 proposals for new sanctions on Iran.

The proposals would target individuals and entities that are mainly responsible for the crackdown on the nationwide protests that were triggered following the death of 22-year-old Mahsa Amini in the custody of the Morality Police.

The bloc’s foreign ministers are set to decide on the sanctions in their upcoming meeting on October 17. There has been no reported opposition so far, according to Spiegel News, which first reported the news.

“We are now working flat out to implement these proposals,” said the source.

German foreign minister Annalena Baerbock said Monday that Iran’s crackdown on the protests was “an expression of sheer fear of education and the power of freedom” and pledged sanctions.

“It is also difficult to bear that our foreign policy options are limited. But we can amplify their voice, create publicity, bring charges, and sanction. And that we are doing,” tweeted Baerbock.

The widespread anti-government protests erupted following the funeral of Amini on September 17 in the Kurdish town of Saqez. The demonstrations turned into the biggest show of opposition, with some calling for the end of Iran’s clerical regime.

Norway-based group Iran Human Rights said that around 100 people were killed in the protests.

“These sanctions are in response to gross human rights violations that have been committed in Iran, including its systematic persecution of women and in particular, the egregious actions committed by Iran’s so-called ‘Morality Police’ which led to the death of Mahsa Amini while under their custody,” the Canadian government said in a statement.

The new sanctions build on its existing sanctions on Iran, listing 25 individuals and nine entities, including officials in the Islamic Revolutionary Guard Corps and its intelligence and security ministry.