How rapid urbanisation is changing the profile of wildlife in cities 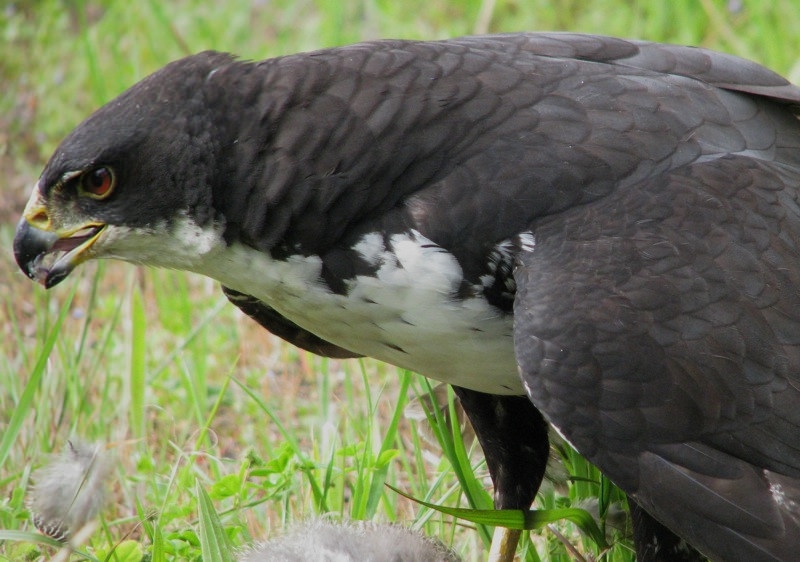 Research using biomarkers, on animals like the Black Sparrowhawk, will be crucial to determining how urbanisation affects animals. David Berliner/ Flickr 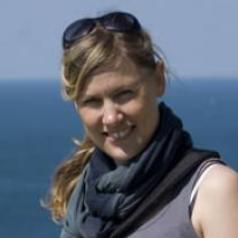 Globally, more people live in urban areas than in rural ones. Africa and Asia are urbanising faster than any other regions in the world. By 2050, 66% of the world’s population is projected to be urban. For example, Nigeria is projected to get an additional 212 million urban dwellers by 2050, China 292 million and India 404 million.

This rapid urbanisation poses challenges for sustainable development and public health. But the picture looks even grimmer for animals. Urbanisation is a new selective force that is changing the composition of animal communities tremendously.

During the process of urbanisation some animal species will disappear from the newly urbanised habitat. For example, birds that feed on specific natural food sources will fly to other areas to search for food. Species that cannot move as fast as urbanisation is expanding will disappear.

But parallel to this other species, such as crows and doves, will move into the city or increase in density. Thus urbanisation also filters bird communities.

There is still a clear research gap in understanding the mechanisms and impact of urbanisation on wildlife, specifically in Africa. The unprecedented rate of current urbanisation poses a major threat to biodiversity. It presents one of the biggest environmental challenges of our time. Understanding exactly how urbanisation affects wildlife is crucial to help animals to survive in our vicinity.

Urbanisation leads to habitat fragmentation, where larger continuous habitats are divided into smaller unconnected patches. It also causes habitat loss, through an increase in roads and buildings that are not producing any biomass. This exposes wildlife to new man-made stress. Physiological and ecological constraints affect organisms directly, but also change host-parasite and predator-prey interactions.

Prolonged chronic physiological stress caused by air, noise and light pollution, or low food quality could affect susceptibility to parasites and disease. Animals' body condition and immune function can be altered as a result.

The inability to remove the toxic compounds caused by traffic fumes and antigens like dust and parasites can have severe consequences. It can result in increased molecular damage, tissue dysfunction and disease-related mortality.

Urban stressors like air pollution, can have unexpected effects on free living animals. Take the pollution transmitted by industrial areas of Johannesburg, South Africa. It elevates sulfonate concentrations in fog. This affects the ability of the feathers of the endangered Blue Swallow, Hirundo atrocaerulea to repel water. But the water-repellent plumage is crucial for the species, because Blue Swallows preferably hunt in fog. If the feathers are wet, they can’t fly very well. So, air pollution could actually decrease their capacity to forage.

A study on Blue Tits, Cyanistes caeruleus, in Algeria looked into lead contamination in urban environments and how environmental pollutants might affect breeding performance. They found higher lead concentrations in urban birds, but no direct effect of elevated lead levels and nestling conditions. But vandalism was responsible for a low breeding success, which shows the direct effect of human disturbance on urban birds. Environmental pollutants are of course not only a problem in urban areas. They also affect seemingly high quality natural habitats like oases. A study on Rufous-tailed Scrub-Robins, Cercotrichas galactotes in Tunisia showed the impact of lead and zinc on nestling conditions and development. This was traced back to a nearby factory complex.

Understanding the ecological impact of pollution on wildlife is not always straightforward. For some species – such as those with a long lifespan and don’t become reproductively mature until late in life – estimates of individual and population performance like reproduction and mortality are almost impossible to obtain.

In these cases a biomarker approach can be more suitable. A biomarker is a indirect indicator of vigour or performance, what we commonly refer to as health. It can be explained as a doctor’s appointment for wild animals: we take a blood sample, measure different components and get an estimate of that individual’s current health status. We don’t have to follow individuals throughout their lives to know if something is wrong for that individual, or for a specific population or even species.

A proper biomarker for wildlife research should be easily measured, cheap to run, sensitive to the targeted stressor and highly repeatable. Based on this, physiological estimates are commonly used as biomarkers for environmental stress.

Physiological systems are known to rapidly respond to pollution or other environmental stressors. For ecologists and conservationists it is crucial that the biomarker must be associated with a decline in performance like an increased susceptibility to various diseases, decreased reproduction or increased mortality. This is important for determining, short- and long-term, implications of the pollutant for the population and the species.

A recent South African study quantified the numbers of a certain type of white blood cell – the cells important for the immune system – in the respiratory systems of three different bird species. It used these as indicators of air pollution. But biomarkers like this, that require animals to be sacrificed, are not ideal. They cannot be used for large scale monitoring or endangered species.

Instead biomarkers that can be measured in live animals are preferred, for example by taking blood, feathers in birds, hair in mammals, tail loss in lizards or faeces samples. Among African animals and terrestrial vertebrates, a biomarker approach of health is almost non-existant. This is unfortunate.

But it isn’t all bad. To address this, a collaboration was formed between Lund University in Sweden and the Percy FitzPatrick Institute of African Ornithology at the University of Cape Town, South Africa.

The aim is to understand whether the recently urbanised species – the Black Sparrowhawk Accipiter melanoleucus –- reveals physiological costs when living in polluted urban habitats. We’ll also examine how this relates to prey availability. The work initiated in the Black Sparrowhawk will be pioneering for establishing biomarkers of African wildlife health. Initial results will be published in the virtual issue “Urban Birds: pressures, processes and consequences” of the Journal Ibis.

Caroline Isaksson works as a Senior Lecturer at Lund University. She receives funding from the Swedish research councils (Vetenskapsrådet and FORMAS), EU (FP7, CIG) and private Swedish foundations such as Craaford foundation.

Petra Sumasgutner works as a post-doc fellow at the Percy FitzPatrick Institute, University of Cape Town. She receives funding from the DST-NRF Centre of Excellence, the Claude Leon Foundation and the Leslie Brown Memorial Grant (Raptor Research Foundation).