How noncompete clauses clash with US labor laws 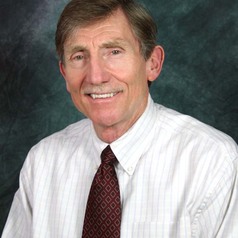 Most Americans with jobs work “at-will”: Employers owe their employees nothing in the relationship and vice versa. Either party may terminate the arrangement at any time for a good or bad reason or none at all.

In keeping with that no-strings-attached spirit, employees may move on as they see fit – unless they happen to be among the nearly one in five workers bound by a contract that explicitly forbids getting hired by a competitor. These “noncompete clauses” may make sense for CEOs and other top executives who possess trade secrets but seem nonsensical when they are applied to low-wage workers such as draftsmen in the construction industry.

As a scholar of employment law and policy, I have many concerns about noncompete clauses – such as how they tend to make the relationship between workers and bosses too lopsided, suppress wages and discourage labor market mobility. In addition to tracing their legal and legislative history, I have come up with a way to limit this impediment to worker mobility.

How we got here

Courts began to enshrine the at-will doctrine in the 19th century, making exceptions only for employees with fixed-term contracts. In Payne v. Western & Atlantic Railroad Co., the Tennessee Supreme Court ruled that a railway foreman in Chattanooga had the right to forbid his workers from buying whiskey from a merchant named L. Payne.

Payne had sued the railroad, claiming it couldn’t threaten to fire employees to discourage them from buying goods from a third party. The court disagreed, arguing that the railroad had a right to terminate employees for any reason – even that one. The notion of at-will employment and its associated lack of job protections soon rose to the level of constitutional mandate. The 1894 Pullman strike, which disrupted national rail traffic, prompted Congress to pass the Erdman Act four years later. That law guaranteed the right of rail workers to join and form unions and to engage in collective bargaining.

But the Supreme Court struck down that law in 1908. Writing for the majority in Adair v. United States, Justice John Marshall Harlan explained that since employers were free to use their property as they wished, they could impose and enforce their own labor rules. Employees, in turn, were free to quit. Harlan wrote:

“The right of a person to sell his labor upon such terms as he deems proper is, in its essence, the same as the right of the purchaser of labor to prescribe the conditions upon which he will accept such labor from the person offering to sell it.”

That might sound reasonable, but the Adair ruling led to the proliferation of “yellow dog” contracts threatening workers with firing if they joined or organized unions. The term disparaged people who accepted such conditions, but the principle had widespread legal approval.

For three decades, the at-will doctrine stymied legislation that would have protected labor rights. Even when a supervisor told a long-term employee he would be fired unless his wife had sex with the supervisor, courts refused to protect the man from losing his job.

Labor rights and the law

With the passage of the National Labor Relations (Wagner) Act in 1935, all private sector workers and unions gained the power to collectively bargain with employers. Subsequent labor agreements, such as the one the Steel Workers Organizing Committee negotiated with U.S. Steel in 1937, made employers prove “just cause” before firing anyone.

The Civil Rights acts of 1964 and 1991 added employment protections prohibiting discrimination based on race, gender, religion and national origin.

The Americans with Disabilities Act, which Congress passed in 1990, ensured that persons with disabilities would have access to jobs with or without reasonable accommodation.

Those laws and other measures, including modern exceptions to the at-will rule, offer workers some security. But they provide no protection at the federal level from noncompete clauses.

The leeway for employers to impose these provisions varies widely from state to state and is in flux. For example, Alabama and Oregon have sought in recent years to limit their scope, while Georgia and Idaho have made it easier for companies to enforce them. A uniform federal rule could clarify the situation and benefit both employees and employers.

Critics have pointed out the disadvantages of noncompete clauses to unskilled labor. “By locking low-wage workers into their jobs and prohibiting them from seeking better-paying jobs elsewhere (companies) have no reason to increase their wages or benefits,” Illinois Attorney General Lisa Madigan said when she sued the Jimmy John’s fast-food franchise last year for making its employees sign noncompete clauses.

The chain subsequently agreed to drop its noncompetes, which had also come under fire in New York. The clauses had barred the sandwich maker’s workers from working for other firms earning more than 10 percent of their revenue from “submarine, hero-type, deli-style, pita, and/or wrapped or rolled sandwiches” for two years after leaving the Jimmy John’s payroll.

In 2015, Sen. Al Franken introduced legislation to ban noncompete clauses for low-wage workers. The Minnesota Democrat’s bill failed to gain enough support to become law, and, in light of President Donald Trump’s goal of reducing the number of federal regulations, nothing presently stands in the way of states that want to expand these restrictive labor practices.

I propose a balanced approach between the current free-for-all among the states and outlawing these clauses altogether: Congress could modify the Norris-LaGuardia Act. Passed in 1932, this law banned injunctions against specified union activities by removing federal court jurisdiction over those disputes.

Similarly, Congress could render noncompete clauses unenforceable in federal courts unless employment contracts provide due process protections, such as arbitration, against capricious or unjust discharges of employees. In exchange for job security, a worker might be willing to commit to some curtailment of other employment opportunities.

This approach would balance the rights of workers and management by allowing workers to trade some rights of freely accessing labor markets against better job security.

That is, workers would have a choice of security or mobility. Employers could choose to attract employees with incentives, such as higher salaries or more job stability.

Executive contracts with noncompete clauses typically include lucrative buyout provisions and protections from arbitrary treatment. If employees with lower pay and less prestige aren’t free to get new jobs, their bosses have a corresponding duty to extend to them the rights enjoyed by people atop the corporate ladder.

Raymond Hogler does not work for, consult, own shares in or receive funding from any company or organization that would benefit from this article, and has disclosed no relevant affiliations beyond the academic appointment above.