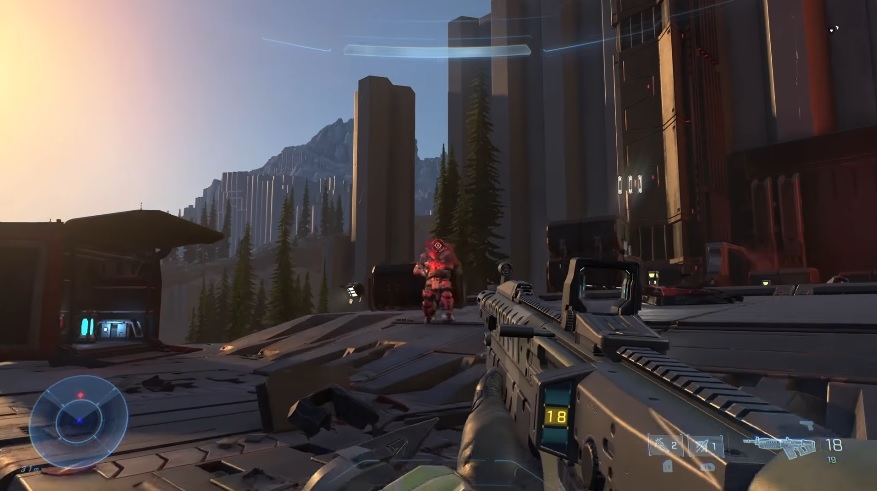 “Halo Infinite” has been one of the most anticipated titles in the Xbox community, especially with a next-generation console arriving this year. However, information spotted from the Xbox Japan website suggests fans of the long-time shooter series have one major feature to expect and that is a rumored battle royale gameplay.

The upcoming shooter game is the highly anticipated next-generation title for the series. Also, it has been advertised as one of the (rather few) confirmed launch titles for the Xbox Series X.

The hype around the game is easy to understand, but fans just became even more excited after information that seemingly suggests “Halo Infinite” would join the ranks of fan-favorite battle royale video games. Reddit user joshsekhon shared a video showing the “Halo Infinite” listing on the Xbox Japan website and how a part of the additional information translates to the game being categorized under battle royale shooting.

“Halo Infinite” has been one of the highlights at the Xbox Games Showcase virtual event last month, but 343 Industries and Microsoft are still keeping some details under wraps. But the online response to the rumored battle royale gameplay is generally positive.

On Reddit, one fan commented that some of the existing features in earlier “Halo” titles would already work well with battle royale. Another one said “Halo” vehicles also complement a battle royale gameplay because they are designed to could accommodate multiple players at a time.

The developers have yet to address the rumors. But it can be recalled that 343 Industries previously commented on the possibility of the “Halo Infinite” joining the array of battle royale titles, and it is not corresponding with the recent rumor. During a stream event, writer Jeff Easterling said (via IGN), “I'll tell you right now, the only BR we're really interested in is Battle Rifle.”

Since “Halo Infinite” is billed as a launch title for the Xbox Series X. It is then not surprising that its specific release date has not been announced yet.

Both Sony and Microsoft have yet to provide a retail launch dates for the upcoming consoles, but both are anticipated to arrive in the holiday season or sometime in the fourth quarter of 2020. Currently, the official online listings for “Halo Infinite” has placeholder release dates in December.