WTI inches closer towards $75 mark, gains over 1.75% ahead of OPEC meeting 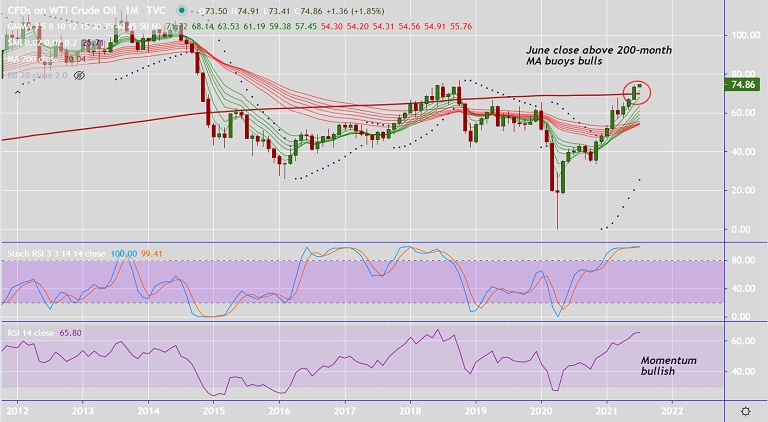 Market focus now remains on today’s meeting of the Organization of the Petroleum Exporting Countries and their allies, known as OPEC+.

After raising output between May and July by 2.1 million barrels a day, OPEC+ will now decide whether to leave production levels unchanged or boost output in August and then further out.

Analysts expectation of the most probable outcome is for an increase of around 500,000 barrels per day in August.