Fxwirepro:EUR/AUD neutral in the near-term, scope for downward resumption

FxWirePro :EUR/NZD consolidates at above 1.7500 after early fall, good to sell on rallies

FxWirePro: AUD/USD weakens as US dollar demand picks up ahead of Jobless Claims data 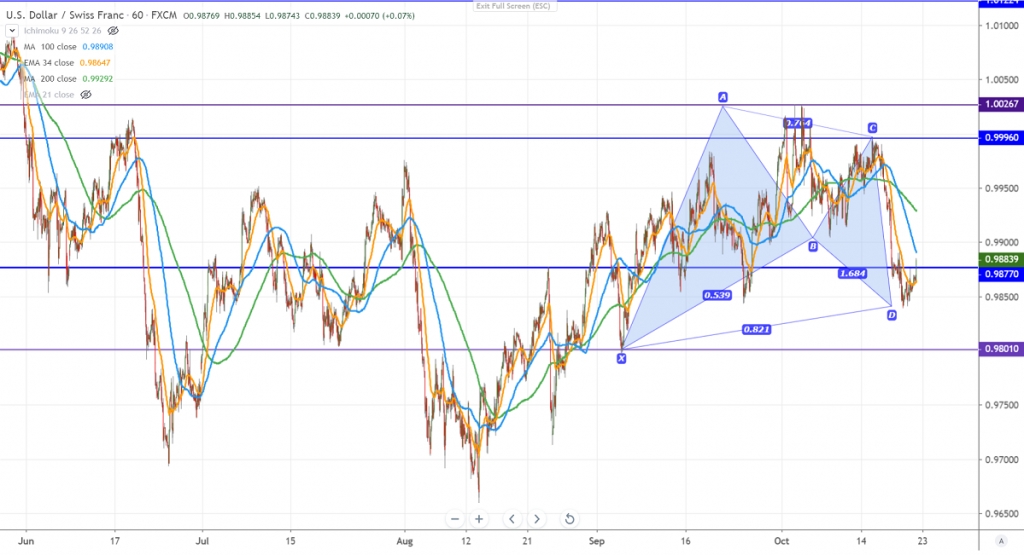 USDCHF has halted its five days of weakness and shown a minor recovery. The pair was trading weak on account of broad-based USD selling due to weak economic data. The recent economic data such as retail sales and ISM manufacturing index comes much worse than expected. The probability of rate cut in the next meeting has increased to 93.5% compared to 73.8% one week ago, according to CME.

The near-term resistance is support is around 0.9795 and bearish continuation possible only below that level.  Any violation below targets 0.9725/0.968.