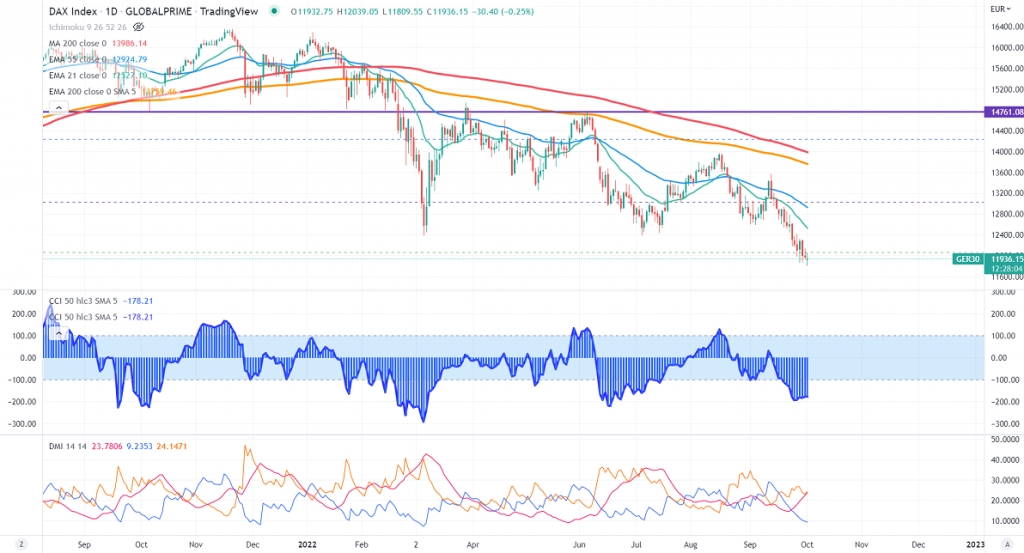 DAX30 is trading weak for a third consecutive week and declined more than 1000 points on the economic crisis.  Global stock markets are under pressure as Swiss banking giant Credit Suisse is in deep trouble. Its five-year credit default swaps (CDS) rose by six basis points to close to 248 bpbs, the highest level since 2008 (Lehman brothers moment).  Any default by Credit Suisse and Deutsche banks will drag the DAX down to 10000.