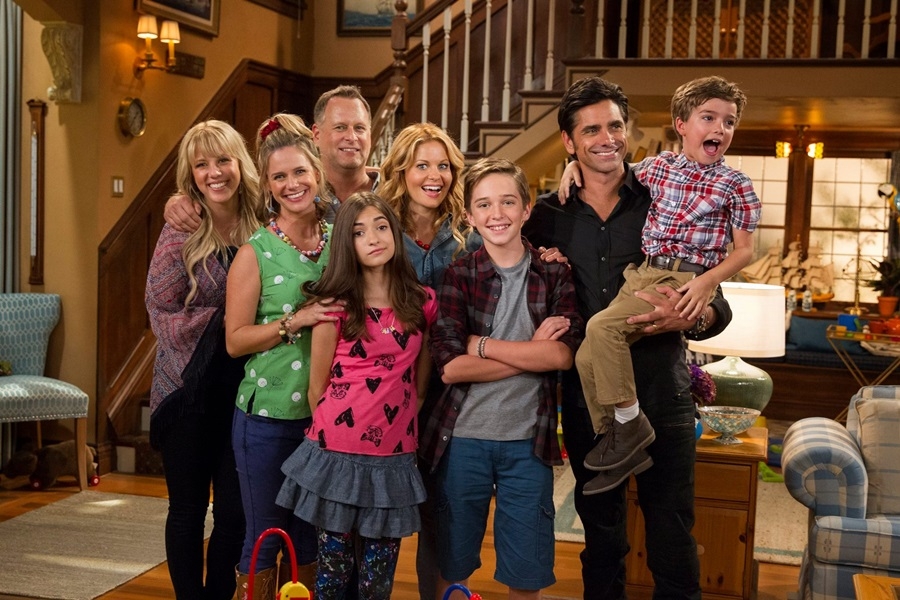 “Fuller House” Season 4 is right around the corner and the Fuller/Tanner/Gibbler ensemble is set to warm the hearts of its longtime fans. The announcement that Netflix ordered a new installment came from Jodie Sweetin, the actress playing Stephanie Tanner, Otaku Art reported.

Sweetin disclosed the wonderful news via an Instagram post where she shared a photo with her co-stars. “Fuller House” Season 4 will feature a lot of changes for the beloved family as the previous installment saw several plot developments for certain characters.

For instance, Kimmy (Andrea Barber) successfully got pregnant and will be the surrogate mother for Jimmy (Adam Hagenbuch) and Stephanie’s child. This new addition will definitely add some spice and drama to “Fuller House” Season 4 as transitioning to a parent life is definitely a challenge.

Meanwhile, DJ (Candace Cameron Bure) and Steven (Scott Weinger) are back together again, although it seems the relationship is going to be long-distance moving forward. Steven is going to be moving to Los Angeles in “Fuller House” Season 4 as he’s been given a job as foot doctor for the L.A. Lakers. Long-distance relationships are always complicated and often times messy, so writers have a lot of room to create drama surrounding this story arc.

While “Fuller House” Season 4 features a lot of these changes on-screen, there is also a lot of noise coming from behind the scenes as well. The source of this is Netflix’s decision to not renew the production deal it had with showrunner Jeff Franklin.

The reason is that Franklin apparently brought a lot of toxicity to the set. According to reports, the showrunner was allegedly verbally abusive towards the staff and crew of the series. Writers also complained about his behavior in the writers’ room and how he constantly made inappropriate comments about his sex life and personal relationships. As such, Netflix decided to cut ties with Franklin and he will not be working behind the scenes in “Fuller House” Season 4.

Instead, Steve Baldikoski and Bryan Behar will take over Franklin’s position and will now be the main showrunners. Rumors are circulating that “Fuller House” Season 4 will air in October 2018, but it’s likely that Netflix will push that date to early 2019. The fourth installment has been given 13 episodes by the media service provider.