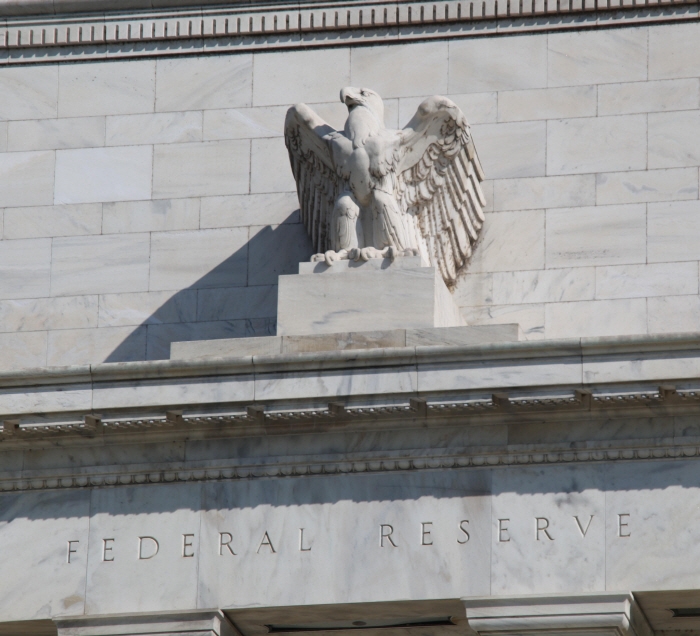 After probably the longest run-up in history, the Fed hiked interest rates at today's meeting. In a unanimous decision, the target range for federal funds was increased to 0.25%-0.50%. Fed chair Yellen promised a gradual path of rate hikes - but she took pains emphasizing the data dependence of future rate hikes. The dot plot shows only a modest adjustment of members' take on the rate path. For 2016, the FOMC members still see 100bp of rate hikes.

Key decisions and FOMC statement: The FOMC pushed the target corridor for fed funds 25bp higher, to 0.25%-0.50%. The Committee expects only "gradual increases" going forward, the "actual path" will depend on "the economic outlook as informed by incoming data". The FOMC specifically mentions the progress towards its inflation goal. Policymakers kept the policy of reinvesting maturing bonds unchanged and anticipate doing so "until normalization of the level of the federal funds rate is well under way". For the time being, therefore, the Fed will prevent its portfolio from shrinking. The FOMC accordingly judges that stance of monetary policy "remains accommodative".

Press conference: The Fed moved because their criteria for lift-off - further progress in the labor market, confidence that inflation returns to target over the medium term - have been fulfilled. Yellen underlined that monetary policy operates with lags. Tightening too late increases the risk that the Fed would have to move abruptly which could endanger the economic expansion. The Fed obviously opted to move early in order not to have to move aggressively later on.

The Fed wants to have a "buffer" to react to a prospective future crisis, i.e. they want to have room to cut the federal funds target rate. And to enable this, the fed funds rate obviously has to be increased beforehand. Yellen explained that the decision to keep reinvestment unchanged has to be seen in that context. Maintaining a large portfolio presumably enables the Fed to hike rates faster, or at least with less risk for the economy, than hiking rates and reducing the balance sheet.

While the rate path is expected to be gradual, all depends on the data. Yellen and the FOMC statement explicitly mentioned inflation (realized and expected). Yellen did not want to give a "simple formula" that relates inflation with the next rate hike. If inflation would not evolve according to expectations, and the FRB chair mentioned that inflation is seen to reach 1.6% at the end of 2016, it would give the Fed pause.

Yellen tried to stress the difference between "gradual" and "mechanical". Yellen "guesses" that the economy does not move so continuously as to enable equally spaced and/or equally sized fed funds hikes. Decisions on the timing will thus depend on the data flow. Whether she succeeded in convincing the market that the Fed is not in for a rather smooth path (e.g. 25bp every other meeting) remains to be seen though. After all, the 100bp hikes for 2016 pencilled into the dot plot set a benchmark. And these 100bp would have to be distributed among eight regular FOMC meetings next year, four of them will be followed by press conferences.